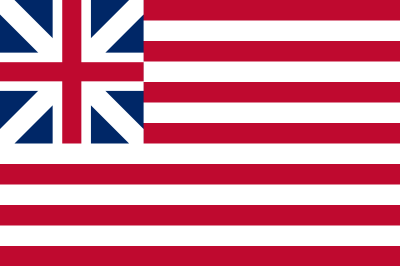 Once again I am wishing all my American cousins a very happy Independence Day while thinking that this celebration should also be important on this side of the pond.

Since “Today is the day when the British freed themselves from a despotic monarchy and declared Independence. Unfortunately, they were unable to liberate their homeland of the British Isles, but those Britons willing to stand up to a tyrannical king went on to become “Americans” and created a world superpower, invented the corndog, and gave the world Bob Dylan”.

Yes and gave us Clinton and Bush and two wars which has again taken our young for nothing, yes a great celebration day.

Hi Anon
Don’t be such a sourpuss and misery guts! You can’t blame poor old George Washington for Bush nor for Obama.

Just don’t forget the tens of thousands of dead American who still lie on these shores and in Europe who died fighting the Nazi and for our freedom.

Shame about the people who were living there already, mind... and those who arrived in chains...

Still - a republic. If it's good enough for the Yanks...?

You do tend to get these things in republics? President Thatcher?

"President Thatcher" or President Bliar for that matter, is the reason I support the kind of set-up advocated by the campaign group Republic and implemented by countries such as Ireland or Israel, where the President is more a figurehead than a guvnor. There's no reason why we couldn't have President Windsor...

If we get rid of the monarch, why do we have to have a President instead?

or why not change the title President to "Queen" or "King"?

I don't mind what we call our head of state - what troubles me is that it isn't an elected position.

By the way, I'm sure that Elizabeth Windsor would win an election for Queen against any other candidate.

"By the way, I'm sure that Elizabeth Windsor would win an election for Queen against any other candidate."

But it'd be a damn close run thing if she was up against Liz Smith! http://microsites.virgin.net/microsites/tvradio/slideshow/tv_fossils/img_5.jpg