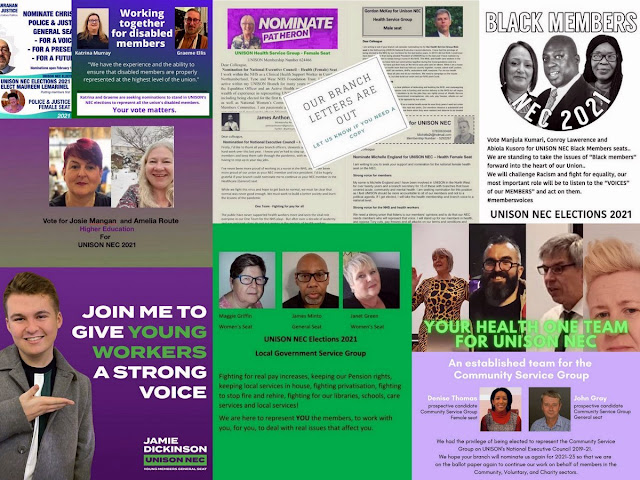 Nominations for UNISON NEC candidates close at 5pm on Friday 5 March. Denise and I have enough  already be on the ballot paper for Community members but the more nominations the better!

Above are flyers from UNISON candidates I have had personal recommendations from by members of these sector or self organised groups :-

Young Members - General seat Jamie Dickinson
There are many other excellent candidates who I do not know of or are standing against each other so I will give these contests a miss for now.
Posted by John Gray at Sunday, February 28, 2021