Having a dialogue with West Ham residents 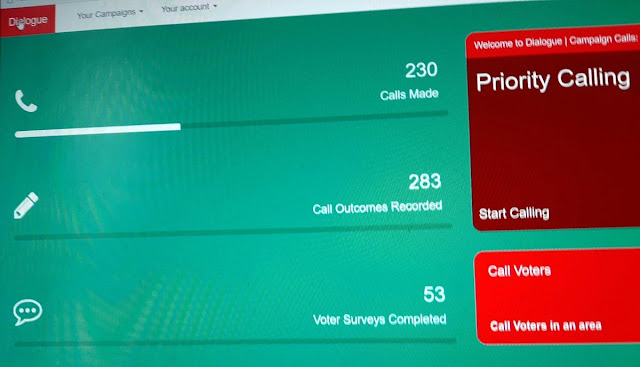 This morning there was a Newham wide Labour telecanvassing session using the Labour Party "dialogue" software to call residents about their views about Covid and the forthcoming local elections in May.

I don't particularly like telecanvassing and much prefer going door knocking and speaking to people face to face. Obviously this cannot happen at the moment so the only means of direct political canvassing is via the phone using a special software tool called "dialogue". .

You need a landline (preferred since cheaper for the Labour Party who pays all costs) or mobile phone and a PC, laptop or tablet.

I was phoning residents in West Ham which is the ward I represent as a Councillor. Perhaps it was due to the cold but it was by far the best telephone canvassing session I have had using "dialogue". For understandable reasons many people block or will not pick up calls from anyone they do not recognise.

I was able to speak to a number of residents and had some really good conversations with them. This included those residents who were highly critical of Labour and in particular local Council issues. We have to listen to them to understand their concerns and act upon them where possible.

I was even given by dialogue a "John Gray" to ring in my ward. Alas, he did not pick up the phone to speak to his long lost cousin and namesake. .

Our East London Labour Assembly member, Unmesh Desai, joined us and gave a pep talk on the importance of getting the Labour vote out in Newham. Since the London Mayor and Assembly vote is by proportionate representation (PR) every singe vote will count.

We later spoke and agreed to organise a Labour unions meeting in Newham on how we can help achieve this.