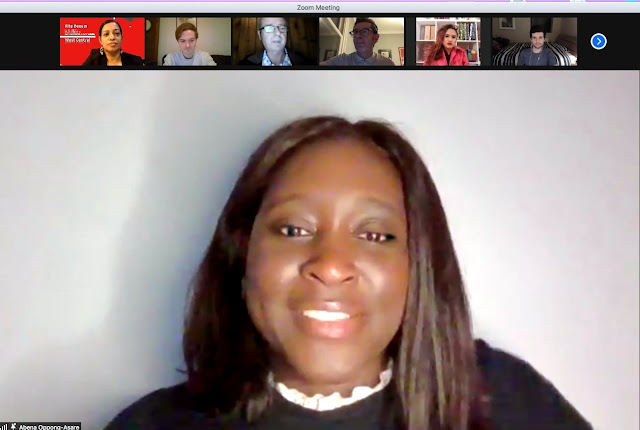 Photo (hat tip @iamritabegum) from tonight's Greater London UNISON Labour Link sponsored phone bank for the London Mayor and Assembly elections. I was pleased as elected Chair of the regional Labour Link committee to welcome long standing UNISON activist Abena to address the session on the importance of re-electing Labour Mayor, Sadiq Khan and a Labour Assembly victory in May.

I was also very pleased that we had another old union comrade, TSSA ringer, Sam Tarry MP also present!

Many thanks for UNISON @JackTMPhipps for organising.

Next week in Newham the Labour unions are planning another telephone bank session with our local East London & City Labour candidate, Unmesh Desai.
Posted by John Gray at Wednesday, February 24, 2021