"The case for rent controls" 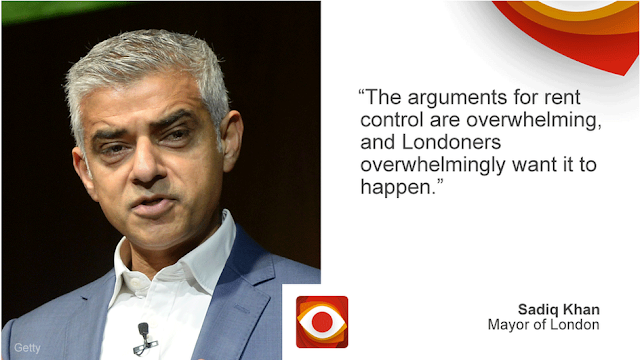 I was asked to put the case for rent controls in the latest edition of the Labour Housing Group newsletter here. See below and also in the link the case AGAINST rent controls as well.

"Here are two articles about rent controls. John Gray, former Cabinet Lead for Housing Services in the London Borough of Newham makes the case in favour while Chris Worrall argues against. Further contributions are welcome on what will no doubt remain a contested subject! Paul Martin (Editor) pauljmartin@clara.co.uk

For some time before the General Election in December 2019, I had been exploring with our Council Pension Committee whether we should be investing money in social housing. Our pension officers took their due diligence very seriously and we had a seemingly endless series of meetings and presentations with institutional fund managers and financial advisors.

Nearly all the models included some form of mixed tenure and cross-subsidy of social housing by market or intermediate rents (or sale). I was pleasantly surprised that, despite it being Labour Party policy at the time to have some limited rent controls, most fund managers did not appear to think that this would cause any serious problems with their investments.

Some managers did think it would have serious implications and a small number had no idea that the Party was committed to rent controls and were clearly exercised by any such policy.

I imagine that meeting small, private “buy to let” landlords who are mortgaged to the hilt and still losing money despite charging sky high rents would have told me something very different.

Certainly the historical evidence on the impact of rents controls is mixed. Were “fair rents” in the past set too low and was that the reason for the decline of the private rental sector and its “Rising Damp” reputation?

Or was that a consequence of government subsidy of social housing and home ownership?

Ironically it was David Cameron and a Conservative Government that last imposed UK rent controls, but only on social landlords.

Rent controls are in force in other countries, such as America, Germany and France. Again, there are differing views on the positive and negative consequences.

While there will be problems with any introduction of controls, doing nothing is not an option because the private rental sector is completely out of control in many parts of this country.

While surveys of young professionals often show that they are paying a staggering 50% of their income in rent, it is families who suffer most from high rents.

On top of living in insecure, overcrowded and often poor quality housing, in Newham, East London, 66% of children live in poverty after their parents’ housing costs are taken into account.

I hate to think what these figures will be now due to the impact of Covid-19. Pension funds and other investors expect market rents to carry on growing in excess of inflation.

In all likelihood, today’s affordability crisis will get even worse if nothing is done. Rent controls will only be part of a wider housing solution and a massive expansion of social housing is my preferred option.

However, this is not going happen with a Tory parliamentary majority of 80. So we have until 2 May 2024 (or sooner) to come up with workable solutions.

Rent controls were first introduced to tackle housing problems caused by World War One. Perhaps our modern day Covid emergency will result in their reintroduction.