Why voluntary right to buy for Housing Associations is nuts 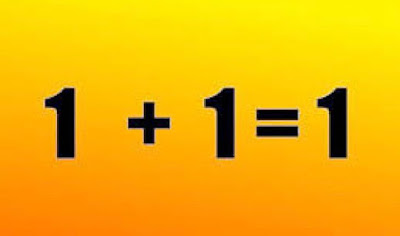 So scare government grant is being used to effectively give an existing social tenant a home which will then be lost for ever from social housing instead of being used to help build another social home? This is nuts in a housing crisis.

Voluntary Right to Buy: should housing associations be ‘proud to be involved’?

"The headline is based on an Inside Housing article this week by a director of a national housing association, Stonewater, which is one of those taking part in the government’s pilot scheme in the Midlands. Sue Shirt says they are ‘unashamedly supportive of the VRTB’ and ‘proud’ to be selling off their houses, estimating that around 170 will be sold in the pilot period (presumably in most cases houses currently let at social rents). She gives two main reasons for this. One is that they are giving tenants what they want. The second is that (unlike with council housing right to buy) they plan to replace every home sold. She says that it keeps tenants in their communities whereas otherwise they would move out to buy. In Stonewater’s view, VRTB ‘helps the social housing journey’ by enabling financially secure tenants to buy instead of rent.

Superficially, of course, Ms Shirt has a point. No doubt the lucky buyers of Stonewater houses are over the moon, especially as they have qualified for discounts of up to 70% – or £82,800 outside London – the same levels as for council right to buy. They’ll have to raise a mortgage but instead of paying rent they’ll have a valuable asset to pass on to their children or to sell or let out at a later date. In many ways it’s surprising that the pilot scheme isn’t proving more popular. Stonewater has so far completed just 11 sales, and if it reaches its projected level of 170 it will have sold just two per cent of its stock in the region. That’s a lot of effort to reach such a small proportion of tenants, and the government is said to be considering extending the pilot scheme to raise more interest.

What is missing from Sue Shirt’s assessment is any examination of the wider picture if the pilot scheme does turn out to be successful. Of course, one reason why a housing association like Stonewater is willing to take part is that it gets full and instant recompense for the hefty discounts it has to give, so they can aim to have one for one replacement of their own stock. The money comes from a Treasury pot of £200 million created for the purpose. An extended scheme would need more money. Failing some magic by the chancellor, the only sources are the rest of the housing budget or reviving the Treasury’s original plan, which was to force councils to sell their high-value council houses and hand most of the money over to subsidise housing association discounts.

Either way, a lump sum worth up to £82,800 to one ‘financially secure’ tenant who buys their home comes at the expense of the same amount invested in new social housing for people who are struggling to rent, let alone buy. It is not the narrow perspective of whether Stonewater replaces one for one, the essential point is that the money available in the housing system will produce fewer additional homes in total for people in need.

Sue Shirt says that the ‘crucial point’ about VRTB is that it helps more people into much-needed, modern, energy-efficient housing. But this is a very suspect argument. After all, tenants exercising VRTB are in a nice comfortable home already, and while the mortgage they will now pay releases a receipt that Stonewater can reuse, that’s only because the rest of the sale price will be made up by the government.

A supposed advantage is that VRTB buyers stay in their home when they might have moved out to buy elsewhere. While this may be advantageous for the community in the short term, it ignores the issue of what happens when the buyer eventually moves. A house that could be relet at social rent may well end up in the private rented sector, as is frequently the experience with the council RTB. It will be let at higher rents – costing more in housing benefit if that is needed – and quite possibly with minimal management, causing problems for other tenants in the area.

While the pilot scheme might involve selling a relatively small number of homes, up to 3,000, the real danger lies in its potential success. This could have two effects. One is that it hastens the day when all housing associations are persuaded into a ‘voluntary’ scheme by attractive offers about how fast they can access the receipts, without answering the crucial question of where the money will come from once the Treasury’s £200 million has been spent and what the impact of that will be on other programmes. Back in 2015, when it was planned to use ‘council high value sales’ to fund the VRTB, in Selling off the Stock CIH showed that a popular VRTB scheme might require all the receipts from selling high-value homes, leaving no money for replacements.

The second effect will be to prolong the right to buy in England when it should be on its last legs. It was scrapped in Scotland in 2016, it died in Wales earlier this year and soon it may be gone in Northern Ireland too. Only in Whitehall do politicians continue to find ways to breathe life into a policy that’s not relevant to today’s problems. Let’s put some more nails in its coffin, not try to revive the corpse".
Posted by John Gray at Friday, June 07, 2019

Which military unit did Obama serve in? Remind us...

Remind me WTF has Obama got to do with the Voluntary right to buy for UK housing associations?