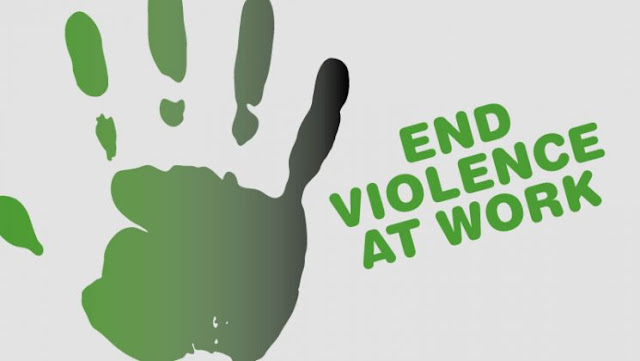 “He came right up to me and had his finger within inches of my face – it was awful.”

Alison* is describing an experience she had while working as a frontline housing officer in the North East of England. She was leading a public meeting for her local authority when one resident began complaining that he was having difficulty contacting the council. The incident quickly escalated and the resident became threatening.

“I started to have a panic attack,” she recalls. “It is not something I’ve ever experienced before – I had to leave the room.” Hat tip reporter Jack Simpson

The trade magazine for Council and Housing Associations "Inside Housing" has carried out an annual confidential survey of workers and freedom of information requests on "violence at work".

I was interviewed as a branch officer of UNISON London Housing Associations. When I was a front line housing officer in East London for 25 years,  I had been punched, spat at, abused and even threatened with an axe attack. While physical attacks and threats were thankfully rare, verbal abuse was sometimes commonplace.

My response to the rise was “We are pretty sure that the problem is far, far worse than even these shocking statistics lay out...The sector is plagued by under-reporting".

With regard to modern day social media abuse I said “There used to be the occasional instance where tenants would follow workers home to sort of say ‘we know where you live’,” he says. “The social media stuff is a different form of that.”

"there is a problem with training throughout the sector and that associations need to work harder to ensure workers are prepared for situations where they are at risk.

But most of all employers need to act. “This is really, really crucial. If an employer doesn’t act, staff are brutalised and this will ultimately affect the service it provides to tenants.”

I also recommended to the reporter that a possible solution is employers signing up to the simple but effective UNISON "End Violence at Work" charter.
Posted by John Gray at Saturday, June 29, 2019