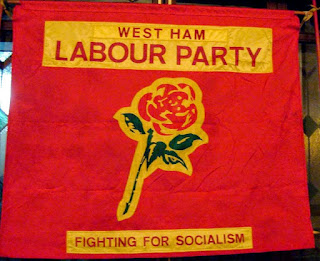 "The exhausting experience of chairing a set of increasingly hostile meetings has taken a personal toll.

Last night's AGM gave me no sense that there is a majority on the general committee who are interested in a collective effort to achieve our shared aims.

If there is a time when the left ought to be generous, confident and open it is surely now in Britain, despite the dark times we live in. I've never been interested in factional politics; I've never thought that individual political positions should take precedence over any other qualities, such as kindness, honesty, or diligence; and I've never understood why political disagreement should be a cause for personal hostility.

The arid insularity of some political activism pre-Corbyn always struck me as a symptom of the weakness of the left, not a viable way to organise for a better future. This is no longer a ‘pre Corbyn’ political era, and that excites me and motivates me. It includes an inevitable conflict, but I don’t believe that this has to be played out in the local party as it currently is in West Ham - a situation which looks likely to continue for the foreseeable future.

In any case you can't chair this kind of war; you can only fight it, or refuse to fight. I have no intention of continuing to preside over a battleground in which defeating one's internal opponents takes precedence over advancing the cause of socialism. There are more productive outlets for my political energy.

I'm saddened that people who have worked tirelessly to achieve what I saw as our shared aims - a better party, a better Labour Council, a Labour government - were rejected last night in favour of those who have no such record.

Furthermore, there are publicly and privately expressed concerns that one of the new self-identifying officers has not been sincere about their identification. If this is the case, it’s also a deeply concerning situation. Seema Chandwani, the Vice-Chair of London Labour, has already picked this up; at a time when the rights of LGBT+ people are under threat globally the left must be in the forefront of the struggle to defend these.

Some of the best people I know are in the local party and I hope they know who they are. In particular I wouldn't have been able to endure the low points of the last year without the kindness, integrity, and wisdom of John Saunders.

The struggle continues. But not this struggle".