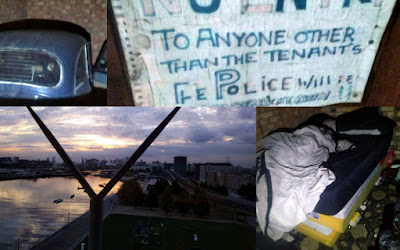 In the early hours of Friday morning I took part in my 3rd count of people sleeping rough in Newham.

We met up at Newham Dockside for a briefing at 11pm then were split into teams of 3 and sent out to different parts of Newham.

There were about 20 of us. My Councillor colleagues, Susan Masters and Winston Vaughan as well as professional homeless outreach workers and Newham Council staff and other resident volunteers. I finished early this time at about 2.30am.

Newham and other boroughs receive some Government funding to tackle rough sleeping (nowhere near enough but that is another story). So across London, there are bi-monthly counts to try and see how effective these measures are in reducing rough sleeping.

My team came across 4 people rough sleeping. Other teams found no-one while some teams found many. In Newham we don't just count but we try to speak and engage with people sleeping outdoors to see if we can help. However, the truth of the matter is that there is just not not enough decent, safe, supported and affordable homes. Until this changes we will never, ever solve homelessness.