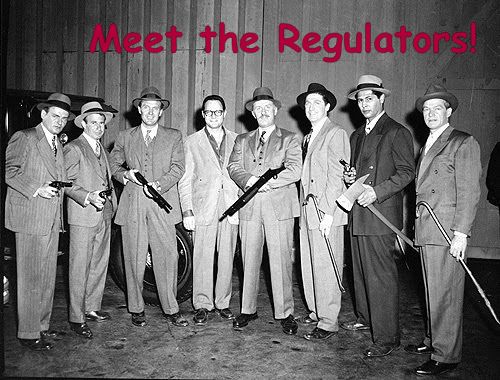 Professional Pensions Magazine (Paywall): John Gray predicts teething problems ahead and says regulation will result in a cultural shock for some schemes

"As someone who has been involved with the Local Government Pension Scheme (LGPS) for a number of years, I have always been surprised how “light touch” government regulation of the scheme has been, when you consider the economic importance and huge scale of the LGPS. It is currently worth in total £225 billion, with over 5 million UK members and 10,000 plus employers.

Especially in light of my experience of being a pension trustee on a private sector defined benefit scheme.

There are a number of reasons for this. Personally I welcome the pension regulators new role with the LGPS, this doesn’t mean necessarily that in the past, all schemes were run badly, nor does it mean that some of the long-standing problems of the LGPS will now be resolved because The Pension Regulator (TPR) is now knocking on its door.

TRP proudly announces on its web page that it is the public body in the UK that protects workplace pensions.

Yet as has been pointed out by a QC to the LGPS National Pension Board, there is no explicit British Government “Crown Promise” to pay these pensions nor is it protected by the TPR run pension protection fund.

I get the idea that the LGPS is a statutory pension scheme and by law, local authorities are obliged to pay accrued pension benefits.  However, all pension schemes should be thinking about a 50 year plus risk time line and who knows what will happen during the next 5 political decades. At the moment we don’t know what will happen over Brexit from day to day, or even morning to night!

Northamptonshire Council last year basically “ran out of money” to pay its bills. West Sussex, Surrey, Somerset, Norfolk, Lancashire Councils (and many others) are thought to face similar problems. I don’t think anyone really knows what will happen to its pensions if many Councils face financial “bankruptcy” at the same time as the Government faces a national financial crisis.

So to me, having a tough minded regulator to make sure that the LGPS is run properly and safely in the future makes sense. Even if currently the Regulator does not have any power over “investment decisions”.

I think that there will be some teething problems ahead and that regulation will result in a cultural shock for some schemes.

I suspect that the TPR will be less than impressed with Councillors who do not turn up for meetings. Nor of minutes of meetings, where there is no evidence of appropriate challenge to officers or scheme advisors over key decisions. 20 year deficit recovery plans are also likely to be of “concern”.

I predict that at least one Chair of a pension committee or an executive member of a pool will explode about the “unelected bureaucrats interfering” in their scheme.

Data administration and record keeping is not a particular strong point of many schemes. The TPR may help prod schemes which have had their staffing budget slashed due to austerity to increase resources.

For my part the TPR seem to be disinterested so far in the governance of the scheme with regard to beneficiary representation and the conflicts between beneficiaries and the employer administrators but I hope that this will be addressed at some stage.

So I think this is a really positive move and that all of us involved in the LGPS should welcome the involvement of the TPR even though we know this welcome will be tested in the coming years.

I for one, hope that I do not have to eat my words in the future and be the chair of a pension committee that throws his toys out of the pram at “unelected bureaucrats”.