ReviveFM 94.0 - Poverty in Newham (and what the Council is doing about it) 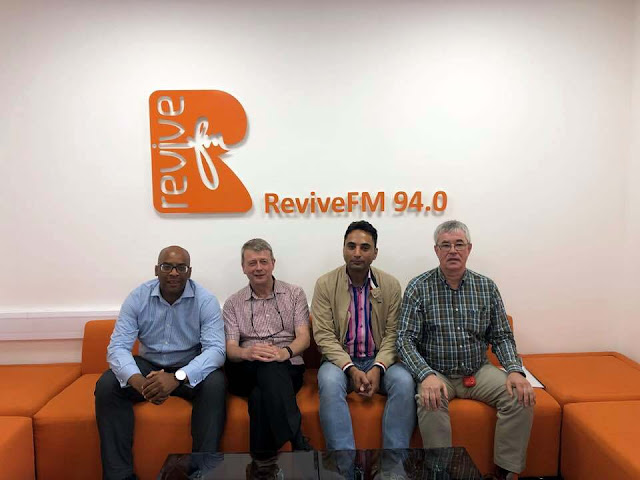 Yesterday, in between campaigning for the European elections, Newham Council Cabinet lead for Finance, Cllr Terry Paul and myself were interviewed live on Community Radio, ReviveFM 94, which is based in Forest Gate, Newham.

Our interviewer was our Council Cabinet Colleague, Cllr Shaban Mohammed, who was assisted by local researcher, Armond Dean.

We discussed poverty in Newham and what the Council is doing to tackle it. We have the lowest average income in London, 28 000 families on our Council House waiting list and over 5000 families who are homeless. We have 50% more children living in temporary accommodation in our borough than in the entire north of England!

Since May last year a new Labour administration led by directly elected Executive Mayor, Rokhsana Fiaz, has introduced anti poverty measures such as paying all our workers a London Living wage (with pay rises of up to £100 per week/£5000 per year); reducing Council tax for the poorest by 50%; building 1000 Council Homes at Council rents; ensuring that 50% of new developers homes charge a social rent; spending £120 million on improvements to our Council Housing stock: stop the privatisation of our Council services; introduce Community Wealth Building and tackle violence against our young people.

We did point out that while we can (and have and will do more) do many progressive things as a local authority to counter poverty in our borough, we need a change of our national Government and the election of one prepared to truly eliminate it.

Many thanks to Cllr Mohammed for organising and leading the discussion. Next Thursday he will have Newham Council Cabinet lead for Sustainable Transport and Parking, Cllr Zulfiqar Ali.