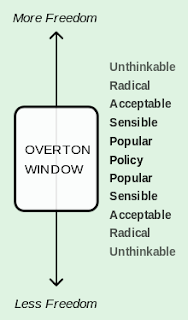 "It's a sign of a remarkable comeback for social housing that the new CIH report ‘Rethinking Social Housing’ contains few surprises. Only 3 years ago this report would have seemed a radical contradiction of the dominant narrative. It probably would have been attacked for lacking realism and harking back to the long lost 1970s.

Social housing reached its nadir around and after the 2015 General Election. It was unaffordable, past its sell-by date, consigned to the history books as the government and most of the housing industry focused their concerns on ‘the only game in town’, building homes that did not require grant, at significantly higher ‘Affordable rents’ or market prices, pushing forward with policies (right to buy, 'conversions', market sales) that would feed the development programme.

Housing’s ‘Overton window’ - the range of ideas tolerated in public discourse – had become very narrow indeed and those of us who argued for social housing were made to feel oddballs well outside mainstream opinion. So it was that the very expensive National Housing Federation ‘Homes for Britain’ campaign prior to the 2015 Election choked on the words social housing. Joining the newly formed SHOUT campaign for social housing felt like heading upstream without a paddle.

So, what explains the turn-round between then and now, when the government is allocating funds specifically for new social housing, everyone is reviewing and rethinking the purpose of social housing - coming to the conclusion that it is an essential component of a fair and functioning housing market - and CIH feels confident enough to describe it as 'a pillar of the welfare state' without provoking guffaws of laughter?

Here are several possible factors. First, the refusal of tenants, campaigners, many people working at the grassroots in housing, and a few brave housing leaders, to stop banging the drum for genuinely affordable (as opposed to joke affordable) housing. Second, over-reaching by the Tories so their housing policies and the consequent rise in homelessness just confirmed their lack of empathy for poor and disadvantaged people. Third, the advent of unashamedly pro-social housing Jeremy Corbyn to the leadership, which changed the nature of the debate in the Labour Party. Fourth, the general public, who did not obey the rules of the Overton window because they never lost sight of the simple idea that council housing was a good thing – even if they also thought it was subsidised and not for them. And fifth, Grenfell, which changed everything.

The new CIH report reflects a lot of background work with tenants and the sector and demonstrates that social housing is firmly back within the spectrum of acceptable thought. It identifies 3 key themes:


Social housing, its affordability and the security it offers to people living there, are highly valued
It has much wider value by allowing residents to prosper and thrive, through its contribution to tackling poverty, the success of local and national economies, and individual health and well-being
However, there is stigma attached to social housing as a ‘product’ and to the organisations providing it and the people living in it

"Social housing has a unique and positive part to play in housing people, helping to create thriving, mixed communities, and meeting needs that the market will not. Done right it does great things. But it isn’t always the case that homes and neighbourhoods are well managed and well maintained and it’s important that we own and address this.

Some of the information in the report might surprise a general reader. For example, registered unemployment amongst social housing tenants is only 8%. The vast majority are either in work, retired or unable to work due to physical or mental disability or carers. Homeless people also take up around a quarter of lettings, far fewer than might be imagined.

The report contains a helpful discussion of the question ‘who is social housing for?’ based on a wide range of views from the public and the sector. The answer seems to be that ideally people want the sector to be ‘for anyone’ but that pragmatically it will remain highly rationed for many years to come. Given the vital role that security of tenure plays in enabling people to become established in their neighbourhood and having a platform on which to build their future, it is remarkable to note that there are still widely differing views on whether social housing should be a long term solution or, given scarcity, a short-term, reviewable, stepping stone.

CIH look forward by identifying six areas for further action, with some detailed proposals attached to each - including, for example, a call to suspend the right to buy which might become the headline proposal for the report.

It’s a reasonable agenda. And given the general drift back to accepting the importance of social housing it will be fascinating to see how far the government is willing to go when it releases its Green Paper before the summer recess.
Posted by John Gray at Thursday, June 28, 2018