"The Infidel - The Musical" at Theatre Royal 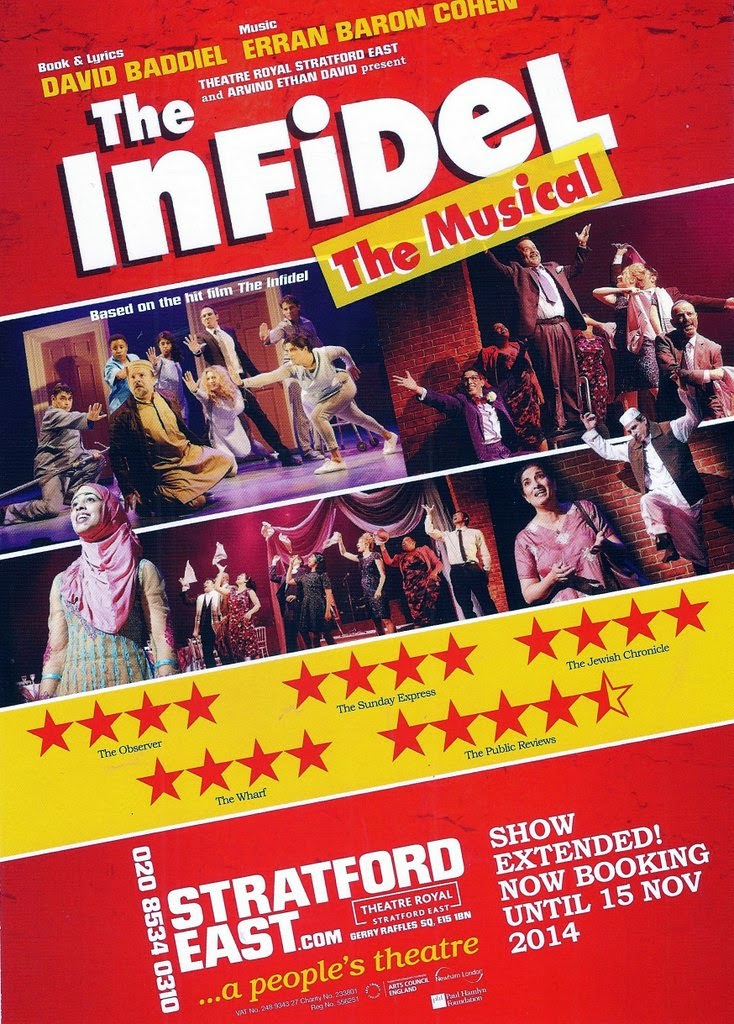 Yesterday I went to this fantastic musical at the  Theatre Royal in Stratford East for its final matinée showing.

I wasn't that sure what to expect since I hadn't seen the original film and was a little sceptical how the subject matter (a British Muslim finds out he was born a Jew) could be funny or a musical.

Well, it was funny and the acting, music, songs and dancing was marvellous. A great live event.

The audience was pretty exclusively white which was a bit worrying but I know a group of Muslim Labour Party colleagues went to the show last week and thought it was "hilarious".

The show is now finished but in the theatre bar I did overhear someone say that they had heard a whisper that it was going to the West End. If so thoroughly recommended.
Posted by John Gray at Sunday, November 16, 2014