Vote YES to Give UNISON a Political Voice 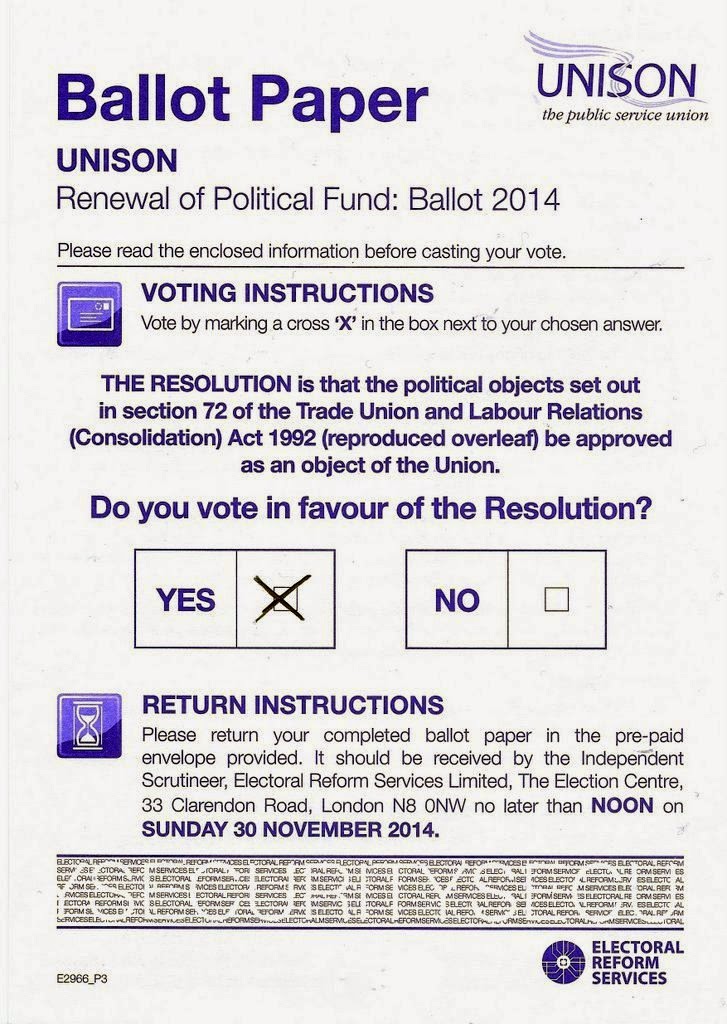 Today I received my ballot paper enclosed with the UNISON membership magazine.

The Tories under their anti-trade union agenda forced a ballot every 10 years on whether or not unions should have a "Political" Fund.

Or they can choose to pay nothing into either political fund.

I think they should and the work done by our GPF in helping defeat and then destroy the racist BNP in recent elections shows the value of us having such a political voice.

So if you are a UNISON member please vote yes to retaining our political voices and don't forget to send off your ballot paper!
Posted by John Gray at Monday, November 03, 2014