"UKIP are bringing fear and intimidation in to British politics" 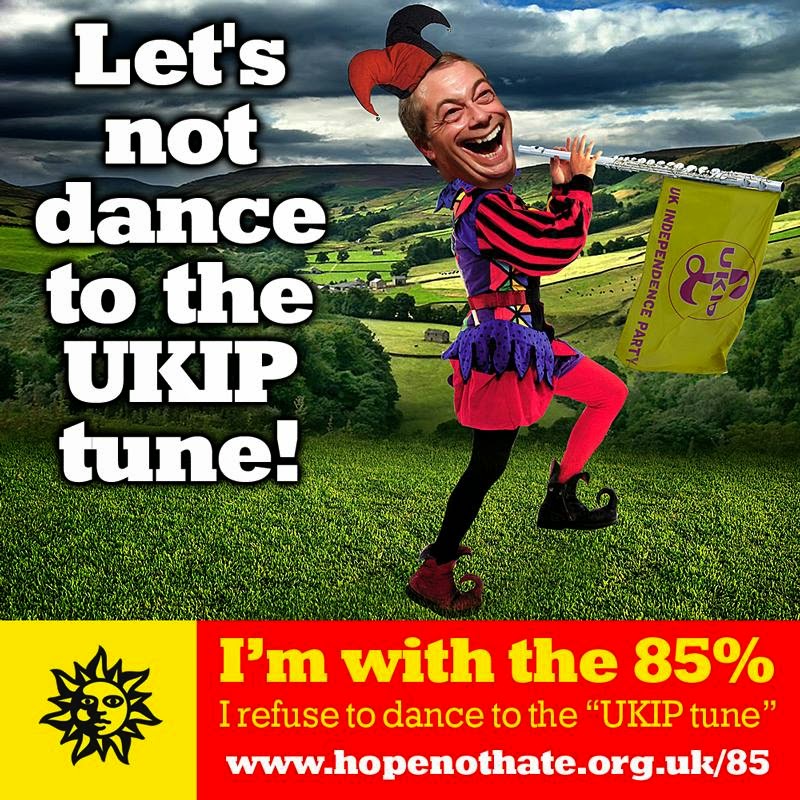 "After this week’s Twitter row at the Rochester by-election, I am using my keynote speech to the
Labour East Regional Conference today to say that it is UKIP who truly offends working class sentiment and represents a party which is fundamentally un-British.

Today I am lucky to serve as a Euro MP but, like many in our movement, I grew up on a council estate living in poverty, so don’t need any lectures from UKIP about snobbery.

First, we can’t counter UKIP simply by labelling them as extremists as we learnt was not enough either with the BNP. But make no mistake – they are.

Doing a deal with a Polish party that says Hitler didn’t know about the holocaust; that it shouldn’t be a criminal offence to force non-consensual sex on a woman; that women shouldn’t even have the vote.

But it’s not just what they think, it’s how they behave.

When I joined criticism of UKIP’s attitude to disabled people, I started to receive around 50 messages a day from people who were self-professed UKIP supporters, using the most foul and disgusting abuse against me personally.

Two UKIP MEPs actually interrupted a private conversation I was having with two guests from a Stevenage business in a public coffee bar of the European Parliament itself, and proceeded to shout at and abuse me.

I have no doubt that this was an orchestrated campaign in which UKIP’s MEPs were directly involved.

Then last weekend a gang calling themselves UKIP supporters physically attacked aLabour street stall in East Thurrock which is part of my own constituency, injuring two elderly activists.

UKIP are bringing fear and intimidation in to British politics.

UKIP can deny responsibility for attacks like the one on our stall, but no-one should deny that this is the product of ultra-nationalism re-entering British politics.

Meanwhile it is arrant nonsense for millionaire, public school educated, expenses-claiming, City trader Nigel Farage, who kept his savings offshore in a tax haven, to say that he is somehow more in touch with ordinary working people in this country than us – the party of labour.

My single parent mum taught us to say our please and thank-you’s and to apologise for our mistakes. We were the classic poor but proud.

When UKIP Members stood up and turned their backs at the inaugural sitting of the new European Parliament, they symbolised what they would do for our country – making us turn our back on the rest of the world. But what struck me when I knocked on doors the following weekend, was that ordinary voters hadn’t liked it.

When UKIP behaves with such rudeness and unpleasantness, I can tell you: it is them who are offending working class sentiment – not us.

The deepest irony of the United Kingdom Independence Party is how un-British they really are.
British values of reserve, of courtesy, of decency, of respect, and of fair play are values which – by their actions – UKIP shuns.

And when I sit in the European Parliament and see the UKIP Members be boorish and insulting I’m not proud they’re British – I’m ashamed. And I don’t believe that’s what the British people really want.

Are there ways in which Labour has to change in the face of UKIP?

One conclusion after the European Elections which I did form is not to change our policies but that we do have to change our language.

It is time to start calling it as it is.

And so Europe can’t be about the Single Market or subsidiarity.

It’s about your job, your children, your security, your voice, your rights, your future.

And we’ll never win the argument on immigration with statistics or criteria.

We have to say the chance to travel and work in different countries is a good thing.

That low wages and zero hours contracts benefit no-one. To say there are not enough homes or jobs for anyone. That fairness must now be restored.

And we may not be as rude as UKIP. But many people in the electorate are angry and Labour has to show them we are angry for and with them.

The success of Ed Miliband’s so-called “fightback” speech two weeks ago where indeed he came out fighting, may be a lesson for us all.

He fought back and so will we.

If the Labour party hadn’t treated the working class with complete and utter contempt, we wouldn’t have UKIP. Now jog-on and go and join the Tory party

Don't be silly now and just trot off with the rest of the lost deposit brigade and carry on with the pointless student union politics :)

"Elvis loves pets" beats them in nearly all elections.

Went to an Post Office in Newham, it was staffed by asians.

A man who was ahead of in the queue, was frustrated at waiting. A Polish woman who was been served, was taking up too much time.

As if there wasn't mass immigration in Newham in 1960 (Jewish, Irish and West Indians).

I also have no doubt that there was frustrating queues in 1960s Post Offices as well.

Sounds like to me just a rude and aggressive bigot.