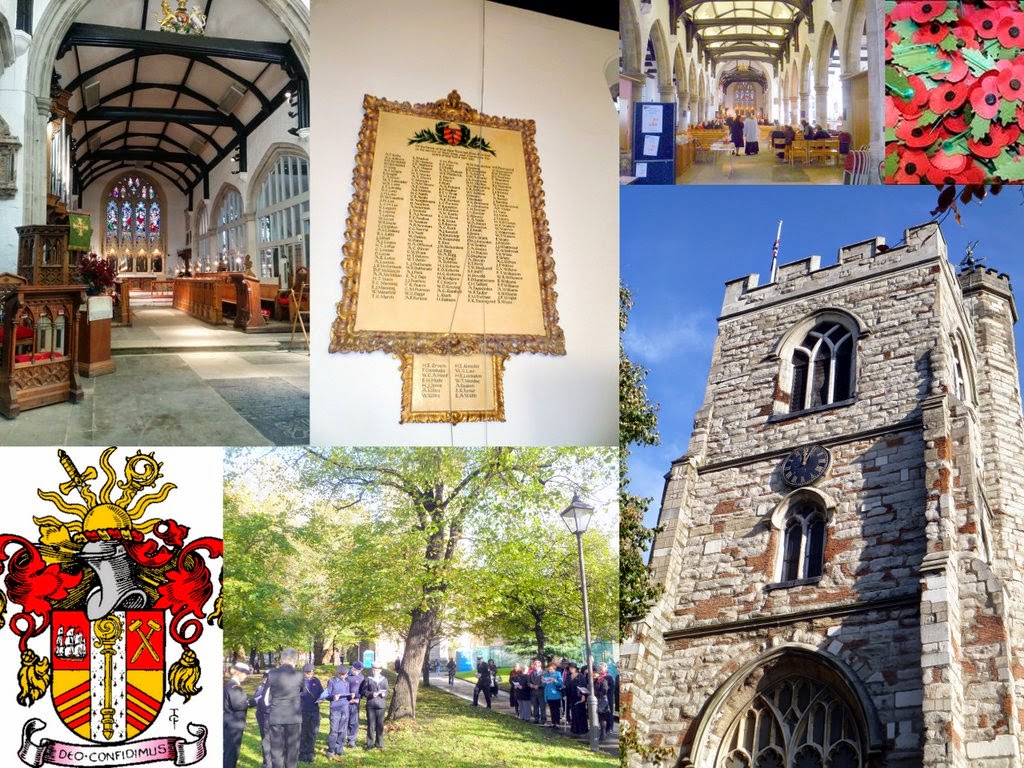 This morning I went to the Remembrance Sunday Service in the 1000 year old West Ham Parish Church of All Saints.

It was beautiful service, well attended with representatives of the British Legion, Church, Army Reserves. Police, Cadets and Newham Council.

Our West Ham MP, Lyn Brown gave the famous Old Testament reading on how nations should ..."beat their swords into ploughshares, and their spears into pruning hocks"...

Afterwards I noticed on the Church memorial plaques that there were 4 men with the surname "Gray" (no known relations) who were killed in the First World War, who were from the "Parish of West Ham". I counted about 400 other names on the two plaques which is a horrendous number of dead from one parish.

There was also a planting of an Oak Tree in the Church grounds by the West Ham Sea Cadets in memory of all those who died in the First World War (see photo collage).

On Tuesday (Armistice Day) I hope to be able to show my respect at the Cenotaph in East Ham Central Park.
Posted by John Gray at Sunday, November 09, 2014