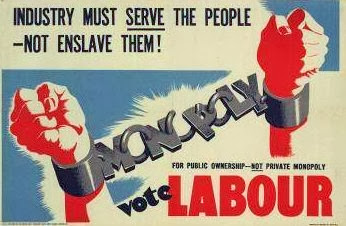 On Tuesday we had had our 2nd meeting of West Ham Labour Party TULO. Chaired by our TULO officer, Kim Silver. Kim is also an UNISON London NEC member and Convenor in Newham Local Government branch.

Royal Mail CWU activist (and Labour Party Councillor candidate 2014) Idris Ibrahim gave us an update on the dispute in Royal Mail following privatisation. The strike has been postponed pending talks (which are still ongoing this weekend).

Idris thanked us for our offer of support if there is a dispute (Solidarity actions on strike days, stalls, petitions and leafleting).

Kim gave an update on our campaign for Fair Pay for all in Newham. Our motion from West Ham CLP has been sent to Newham Local Campaign Committee for support. If it is passed at the LCF then it will be sent for consideration to Newham Council Labour Group.

I raised the issue of the TUC backed campaign in support of UK retailers who source clothing from Bangladesh to sign the international Accord on Fire and Building Safety. This Accord is trying to stop the slaughter of textile workers that we have seen in the Tazreen factory fire and the Rana Plaza collapse. There will be independent funded professional safety inspections, training of Union safety reps with the right to stop work if there is an imminent danger without loss of pay.

Only a few British based Companies are refusing to sign the Accord. The TUC are organising a protest on Saturday 23rd November and are calling on supporters to download and deliver a letter of protest to all Edinburgh Woollen Mills stores (EWM - Parent company of Peacocks, the high street retail chain).

We agreed to  send a West Ham TULO delegation to deliver the letter of protest to the Newham Green Street and Stratford Mall Peacocks stores on Saturday.This will coincide with local Labour Canvassing campaigns.

Next BECTU member (and Labour Party candidate 2014) Sue Masters briefed us on the Save Our NHS campaign in Newham. There is a heavy Labour Party presence on this campaign which is led by patient representatives and independent clinicians. It is a non party political organisation and all West Ham TULO activists are encouraged to support.

Winston Vaughan (local Cllr and retired CWU activist) is also the West Ham CLP Equalities officer and he raised with us how Union activists feel he could promote the issue of equalities in the CLP.

Reminder that at next West Ham General Committee  Phil Wilson MP will be the Guest speaker and that we will be discussing the trade union link with the Labour Party. All CLP members can attend the GC as visitors. There is also a motion from West Ham Ward on retaining the link. The special Labour Party Spring conference on the link will take place at Newham Excel on Saturday 1 March 2014.

Under AOB we agreed to add the important issue of the public ownership of the railways to our  objectives.

UPDATE: success - EWM have signed the Bangladesh Accord!!! the action on 23rd has been called off (for now)
Posted by John Gray at Saturday, November 23, 2013

"Industry must serve the people - not enslave them"

That comment is highly offensive and ignorant. Does someone setting up a company and providing jobs - enslave people?

If someone had a few million to invest in a factory, they rather produce the goods in China, rather then deal with British union militants.

The unions treat companies like parasites and want to bleed them dry. If unions think public ownership is better, let them set up their own companies with union subs.

just noticed this silly anon comment. Obviously this person is as ignorant as s/he is cowardly.