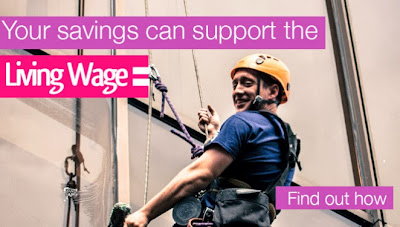 I received today the email below from Mr Meech at UNISON capital stewardship programme and have just spent a happy 10 minutes emailing via the ShareAction website my 4 difference pension funds ( 2 private deferred and 2 active LGPS).


This week is Living Wage Week and tomorrow I will also post on Ed Miliband's speech this morning on the cost of living crisis in this country.

UNISON has been at the forefront of the campaign for Living Wages since it started over ten years ago.

To mark 2013’s Living Wage Week, UNISON has joined with ShareAction (a campaigning charity that works closely with the union) to use the power of our members’ pension funds to support Living Wages.

The Local Government pension funds, and other UNISON members funds, hold £ billions worth of shares in the UK’s biggest companies – and with their shareholder power, they can demand that companies pay people a salary they can live on. This investor power comes from members’ money, which gives us the right to call on those funds to do the right thing.

Add your voice to the thousands of people demanding a Living Wage this week? Click below to ask your pension fund to push for the Living Wage: http://action.shareaction.org/Living-Wage/

We know this kind of tactic works. When UNISON and ShareAction (then called FairPensions) launched the JustPay! campaign for Living Wages two years ago, just 3 of the biggest 100 companies in Britain paid their employees a Living Wage. Due to the pressure we’ve put on them together, 10 more of these corporate giants have now signed up.

With the cost of living rising and many more working families struggling, this issue has never been more important: getting the biggest companies in Britain to pay the Living Wage will help tackle poverty in the UK head on.

UNISON staff pension fund has committed its shares in the FTSE 100 to help this campaign.