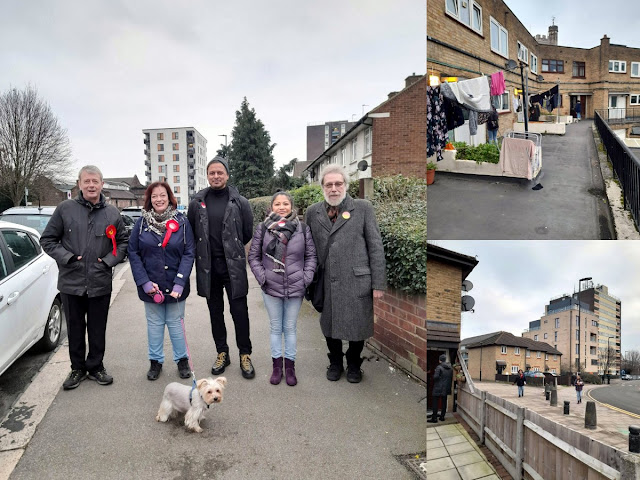 This afternoon we were out "on the knocker" with our local MP Lyn Brown (and Cara - the Labour attack dog).

We had 98 contacts, who were not only overwhelmingly Labour but I can honestly report that I have never heard so much anti-tory comments in a canvass (over the abuse of Covid rules by Downing Street staff) in any previous  doorstep.

Residents were genuinely angry and one was demanding that Lyn as his MP should sack Boris Johnson as Prime Minister. I had to point out that this was no doubt her wish but she could not do this if the majority of  MPs in Parliament (Tories) did not support her and her Labour colleagues.

I do not underestimate Boris for a minute, and he will not go until he is pushed but I think there is a good chance he will be toast. This doesn't mean that anyone else who follows him will be any better but it is hard to think they could be worse.

There again I could be somewhat naïve...

People made their decision and voted for Boris. So they can't complain about when these sort of things happen.

I don't blame Boris entirely. A lot of questions need to be asked about our Civil Servants, who think this was acceptable?. This things has been stolen for political reasons. They are public servants, and they should have known better. If they have the wrong decision making skills, then how can they be there in Government?

Conspiracy theorist says, that if this pandemic was real, they would not be having parties in Downing Street. blah blah... It is evidence they point to, to say Covid pandemic is phoney.

I get frustrated, as have lost valuable people to society due to COVID....