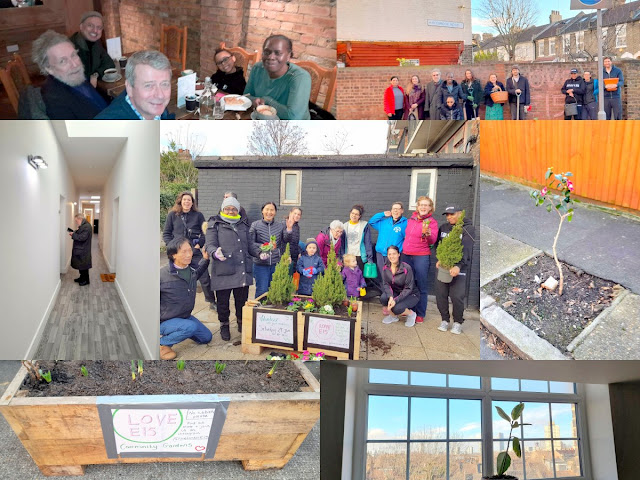 This morning West Ham Ward Councillors (myself, Charlene and John W) met with local residents and Newham Council officers to support and help out with filling Community planter boxes.

It was brilliant to see so many residents giving up their Saturday mornings to improve their local environment.

After carrying a bucket of soil and then some Victorian bricks to help weight down a new planter box (which had been already been moved by someone to allow them to park on the footway) the politicos went off to carry out a street surgery nearby.

We knocked on residents doors and introduced ourselves and asked if they had any concerns about Newham Council that they wished to discuss with us.

I picked up some important case work but the overwhelming response ( I only had one "Against" out of 27 contacts) was very positive.

Afterwards we stopped off at Sawmills café for coffee and which provided our young pioneer volunteer with her favourite chocolate brownies.