Out & about in West Ham and Canning Town 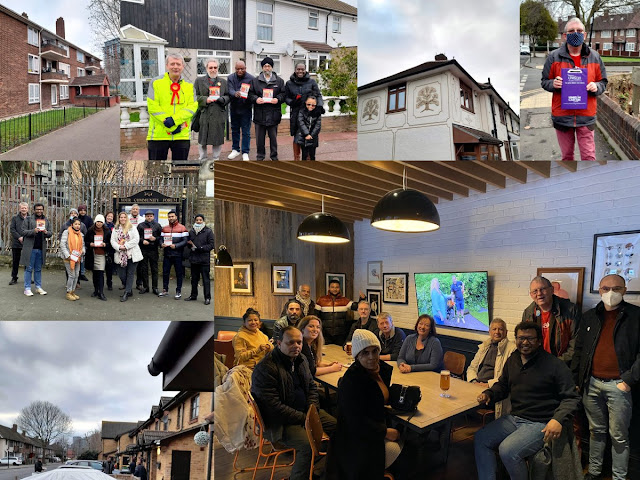 This morning I was out campaigning for Labour in West Ham Ward with my fellow Councillors John & Charlene, Party activists and a young pioneer!

The canvass went really well and I met a number of residents who I have advocated for over the years and spoke to others who were relatively new to the ward but really engaged with the community and pleased to talk to their Councillors over local issues.

In the afternoon I went with our MP, Lyn Brown to Canning Town South. We joined one of the largest canvass teams I have been with since first lockdown.

This was another positive canvass for Labour, there was some negativity over parking and the former Labour leadership but residents who had previously been against, were genuinely horrified about Boris and his staff, openly breaking the law, enjoying parties, while they had to lock down.

I have been so cynical about Boris, that frankly, the recent revelations did not shock me that much, it was revealing how disgusted people are about his behaviour.

We went past a block in Clements Avenue, where the first ever Council eviction for racial harassment took place in 1984 (top left).

Afterward we stopped off for some snacks, drinks and for putting the world to rights.