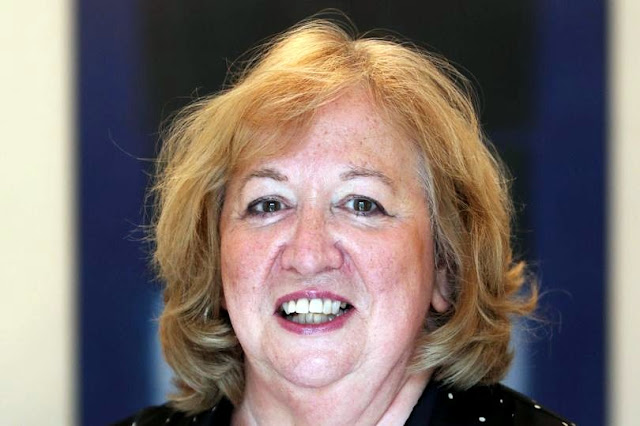 "For more than 150 years trade unions have campaigned for better conditions and workers’ rights.

But no major industrial union has ever been led by a woman.

Christina McAnea is hoping to change that. She is standing to be the general secretary of Unison.

If she wins, she will be the first female boss of one of the big four: Unison, Unite, the GMB and Usdaw.

“What is more extraordinary in a union where 80% of the members are women, I am still the only woman standing. I am amazed by that.”

Ms McAnea is hoping to succeed Dave Prentis, who has led the 1.3 million-strong union for 20 years. She said there is still a ­“1970s view of what leader should look like”. Unison’s ­assistant general secretary said: “When I was doing hustings there was this ‘we should be more like the miners’ union’.

“Really? In a union of 80% women, where members are providing public services, many are low-paid so going on strike is a big issue, there’s still an old-fashioned view of the heroic male leader.”

Ms McAnea said of her leadership credentials: “I think I am the best person because I can point to a track record of delivery. I am probably one of the most senior negotiators in the country, male or female.” Those ­negotiations included leading the ­opposition to NHS reforms. And she was involved in the first national strike by health workers for two decades to force Jeremy Hunt to raise staff pay.

Ms McAnea was born in Glasgow into a working class family. She left school at 15 and went to ­university in her 20s.

She was inspired by ­firebrand Scottish trade unionist Jimmy Reid. Her union career began at GMB. And she is now frontrunner to take over as Unison boss, with the backing of 216 branches – ahead of closest rival Roger McKenzie on 104.

Er, Brenda Dean was general secretary of SOGAT in the 1980s

UNISON membership is 1.3 million. SOGAT at peak 200k. An important trade union but never a "major" in size.

None of the top 5 trade unions in terms of membership have ever had a female General Secretary.