Crockett's Leathercloth Works War Memorial: My Taid and his Brother 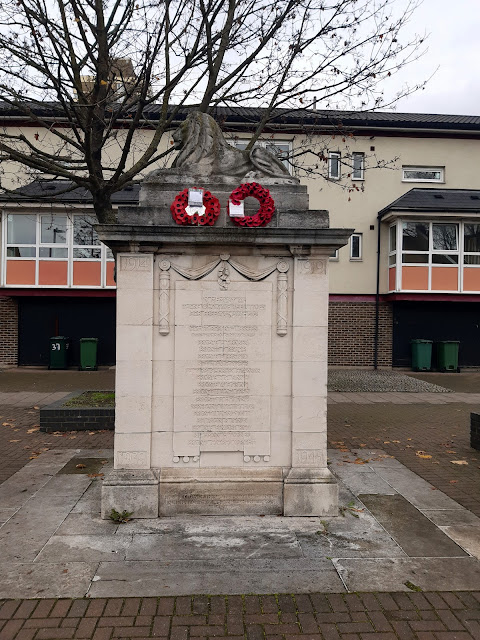 This morning my fellow West Ham Ward Councillor, John Whitworth and I, went to the old factory memorial in Abbey Road junction with Mitre Road E15 for 11am in order to show our respect. Our colleague, Cllr Charlene McLean had a clash.
There used to be a Leather and Cloth processing factory at this site and in common with many other factories at the time they commissioned this memorial to remember its workers who died in the First and Second World War.
This included 4 civilians who worked in the factory and were killed during the Blitz. It also included Comte Robert de Lesseps (d1916), a pioneer aviator and cavalryman whose connection with the company is unclear but whose father was also responsible for the construction of the Suez canal.
My second photo is of my Taid (Welsh for Grandfather), Frederick Matthews who fought in Gallippi, Belgium and France during the First World War and was decorated for bravery with the Military Cross, with his brother James (Jim) Matthews (who could not serve due to a disability and we think died in an work related accident at the local Steel works).
A long lost South Walian cousin recently sent me this marvellous photograph which I had never seen before.
While my Taid did survive the War, I do not think he was unaffected by the terror and carnage he must have witnessed. 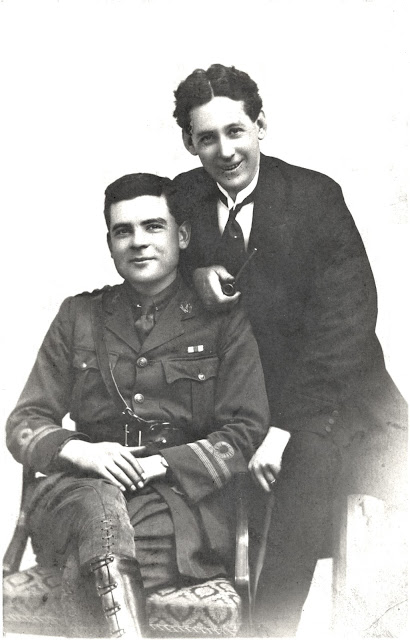