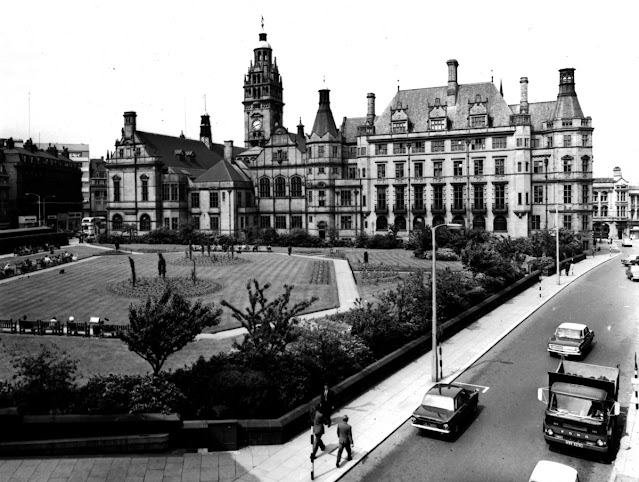 Hat tip to Newham for Change.  There will be a referendum next May 2021 (postponed by Covid) the same time as Newham will also hold one on changing to a committee model. "In 2017 I was elected Deputy Leader of Sheffield Council on a ticket of reform. I’m proud of the progressive policies we’ve introduced since. But in August, I resigned my position and I’m backing the people of Sheffield in calling for a fundamental change of council governance in the forthcoming referendum.

It would have been hard to predict that, nine years into Tory austerity which has cut Sheffield’s council funding in half, the hot topic would be whether decisions over our dwindling resources were made by a cabinet or by committees. But the issues of democracy and austerity are intrinsically linked.

Democracy is about more than just structures or processes. It is about people being able to take full part in the public life of their community. When people are forced into poverty, their ability to participate in our democracy is diminished. That is the situation facing far too many people in Sheffield and across the country.

I stood to be a Labour councillor to help transform the lives of people in Sheffield for the better. Austerity has caused countless personal tragedies. It’s heart-wrenching that this summer children in my inner-city ward were forced to turn to charity during the school holidays or face going hungry.

They are suffering from cruel decisions taken far away by a Tory government whose MPs do not represent a single constituency in our city. But people feel also disenfranchised when the Labour councillors they’ve elected to stand up for them have no money to spend.

When people facing the brunt of austerity vote for it to end — as the people of my city have both locally and nationally — only to find that it continues against their express wishes, the idea of democracy begins to ring hollow. Many lose faith in the prospect that they can seek justice through the political system.

But democracy can be a powerful tool in the fight against austerity. After all, austerity is a policy that sees the majority of people suffer in order to keep the wealth in British society flowing to the top. If more people were active, engaged and, crucially, empowered by our democracy, policies like that would never survive.

In this time of austerity, socialists should not forget that supporting open, democratic and accountable government is crucial. Indeed, the Labour Party was established to open up government to working people who had gone unrepresented — so that democracy might be used to improve the lot of the majority of the people.

And so, as well as resisting austerity, I have pushed for openness and reform at Sheffield Council. Some steps are small, such as introducing webcasting of Council meetings. But some are much bigger, like unpicking complex outsourcing contracts and privatisation so that councillors have direct control over public services.

We’ve taken on the big outsourcing giants and won. From digital services to cleaning contracts we have set the ball rolling on restoring public control and accountability to the services our council provides.

When we heard calls to rethink the Strong Leader Model of council governance, I saw how moving to a new Modern Committee System could benefit Sheffield’s democratic governance. It is only one step in that journey but, when so many ordinary people have shown support for change, we should be listening.

So when campaigners prepared to submit their petition under the Localism Act, with 26,000 signatures calling for a referendum to switch to a committee system, I decided to take a public stand.

I wanted to stand with those fighting for a new way of doing politics in our city. So, I signed the petition and resigned my post within the council’s cabinet. Shortly afterwards, I was followed by five more councillors who quit their cabinet and deputy cabinet positions.

We now intend to contribute a socialist voice to the referendum debate. I hope it can be a starting point for a wider discussion on how to rejuvenate our democracy in Sheffield. As public representatives, we have questions to answer.

How do we rebuild universal public services after austerity, especially with the unfolding crises of health and social care? What role does local government play in a new era of public ownership? How do we become carbon neutral within the next decade, to avert climate catastrophe?

To respond to each of these challenges, we will need to make radical changes. The scale of the task confronting us means that the public needs to be at the heart of deciding how to proceed.

Labour councils should be innovative, pioneering new democratic processes with greater citizen participation and deliberation. And we need to start now. The people are ready for change, and we should listen

(Olivia Blake is a Labour councillor for Walkley, Netherthorpe and Upperthorpe in Sheffield and now local MP)
Posted by John Gray at Thursday, November 12, 2020