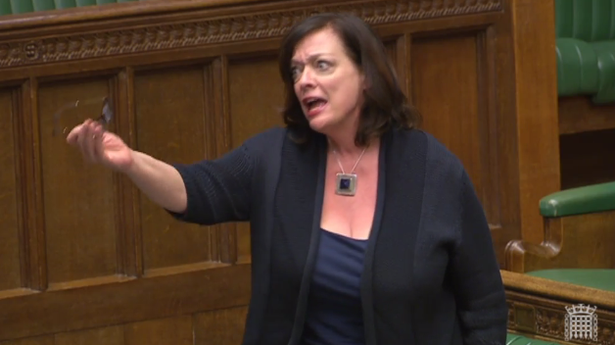 The past two weeks have been traumatic, and the nation mourns for the victims of the despicable attacks in Manchester and London.
People are rightly concerned about whether the cuts to our police have increased our vulnerability to terror. But that is far from the only problem those cuts have caused.

The bottom line is that the Tory policy on policing is based on a lie: they have said it is okay that police funding has been cut because crime is falling. But that’s not true.
First of all, the latest data shows that violent crime, which includes offences that have the most devastating impact like homicide and knife crime, is increasing, as is credit card fraud.
And second, the type of crime is changing: it is more international, more online, and increasingly likely to involve vulnerable people, including children.


Crimes are more complex and so more costly to prevent and respond to than in the past.
But there’s another big reason why Tory complacency on policing is so wrong.
The horrible truth is that with such dramatic cuts across the whole of our public services, the police are having to pick up the pieces.
The official inspector for policing, Sir Tom Winsor, recently described police cars being called because ambulances weren’t available. People in the middle of a mental health crisis are being locked up in police cells because they simply wouldn’t be safe anywhere else.
It’s not hard to see that the job description for a policeman or woman in Britain has been stretched way beyond preventing crime.
Faced with these pressures, at the very least you would think that the government would have sought to prioritise the cash it does have to the places that need it most.
But that hasn’t happened either. Instead, they have just salami-sliced budgets year after year regardless of the differing needs in different parts of the country.
So much so that we’ve seen another lie – as recently as 18 months ago they said they would protect budgets after inflation. That hasn’t happened, and when individual police forces express concern the government just tells them to raise what they need through council tax, even though that is impossible in poorer parts of the country.
Overall, since 2010, under Theresa May, police numbers have been cut by 20,000.
It’s time for the Tory deceit to stop. Labour understands that to have a well-functioning police force it needs to be well-resourced.
We are committing to provide funding to the 43 forces across England and Wales to hire an extra 10,000 officers operating in community policing roles – equivalent to another bobby on the beat in every neighbourhood.
This will help our police services to be more effective in every respect, not only dealing with anti-social behaviour and complex criminal investigations, but creating more of the community relationships and intelligence that stop terror attacks in their tracks.
We’ll pay for this by reversing cuts to capital gains tax that only give money to those who are already well off.
We’ve had enough of the security of the many being put at risk so the pockets of the wealthy few can be filled with tax cuts. The truth of is that our police force needs better support and better funding. Only a Labour government will deliver it.
Posted by John Gray at Wednesday, June 07, 2017