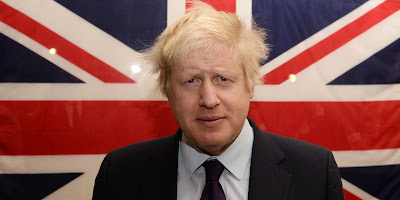 In a victory for common sense the Courts have apparently thrown out the requirement that Council Pension funds have to invest according to the political whims of the UK Foreign office.

Who on earth  would want their pension being dependent on the judgement  of Boris Johnson?

Well done to Palestine Solidarity for funding this judicial review. This case also supports the view of UNISON that the existing EU law already requires Council pension funds should be invested in interests of beneficiaries and legally separate from employers and the government.

Professional Pensions The government has suffered a major defeat in the High Court after its rules on Local Government Pension Scheme (LGPS) investments were deemed unlawful.

The investment guidance, issued last September, requires LGPS funds to have policies on environmental, social and governance (ESG) issues but also added they could not pursue policies contrary to central government foreign and defence policy.
The guidance said "pension policies to pursue boycotts, divestment and sanctions [BDS] against foreign nations and UK defence industries are inappropriate, other than where formal legal sanctions, embargoes and restrictions have been put in place by the government" and funds could not "pursue policies that are contrary to UK foreign policy or UK defence policy".
The policy was particularly contentious as LGPS funds and campaigners said this limited their ability to take up ethical investment, particularly BDS action against companies operating in Israeli settlements in Palestine.
A bid was launched in the courts by the Palestine Solidarity Campaign (PSC) to overturn the regulations via a judicial review, where it argued the government had acted outside of its powers, and it was "lacking in certainty".
It also cited Article 18.4 of the EU's directive on the Activities and Supervision of Institutions for Occupational Pension Provision (IORP), which states "member states shall not subject the investment decisions of an institution… to any kind of prior approval or systematic notification requirements".
However, in his judgment, issued today, the judge Sir Ross Cranston only agreed with the first argument, stating the minister for the Department for Communities and Local Government (DCLG) Sajid Javid had "acted for an unauthorised purpose and therefore unlawfully".
His reasoning was the "guidance has singled out certain types of non-financial factors, concerned with foreign/defence… and stated that administering authorities cannot base investment decisions upon them. In doing this, I cannot see how the secretary of state has acted for a pensions' purpose".
He stated specifically that this guidance could preclude LGPS funds taking ESG factors into account even if there no "significant risk" of financial detriment or "no good reason" to believe members would object.
Cranston therefore granted a judicial review, meaning the government may have to rethink its approach to the rules if it wishes them to take effect.
PSC chair Hugh Lanning welcomed the ruling, and said local councils would be happy to be able to invest funds as they see fit.
"Today is a victory for Palestine, for local democracy, and for the rule of law," he said.
He added: "This ruling upholds the right of local councils and their pension funds to invest ethically without political interference from the government of the day."
A spokesperson for DCLG said the government would consider whether to appeal: "It is an important principle that foreign policy matters are for the UK Government to decide. We will consider the judgement and next steps."
Unison national officer for capital stewardship Colin Meech also welcomed the judgment, and called on the government to replace the guidance with the IORP directive.
"It was always preposterous to us that the LGPS funds had to invest in the best interests of UK foreign and defence policy," he said.
"We have been telling various governments since 2007 that they must implement the EU IORP directive into the LGPS. The judge did not say that the directive did not apply to the LGPS and therefore we now hope that the current government dismantles the 2016 regulations and replaces it with article 18 of the directive.
"This will mean that the LGPS funds must invest in the best interests of scheme members, as all other pension schemes in the UK must do. The best interests of scheme members are aligned with all sponsoring employers in seeing that their pensions are delivered in the most efficient manner. For 10 years LGPS scheme members have been denied their statutory rights, this must be rectified."
Posted by John Gray at Thursday, June 22, 2017