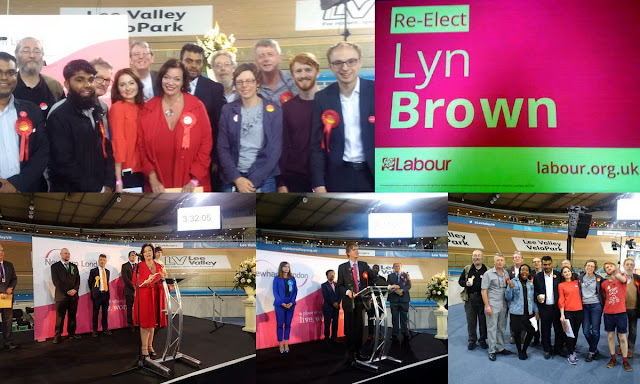 Picture collage from our Count in the early hours of this morning. A fantastic result for team Lyn Brown. As Agent I was so proud of all our West Ham activists, who have tirelessly campaigned near and far for a Labour Government. Which of course we have not got (yet).

Lyn has very "generously" given us 2 weeks off. Then back to the grind. Personally, I can't see this Tory/Ulster Unionists coalition lasting very long.

I was post further on Election Day when I recover.