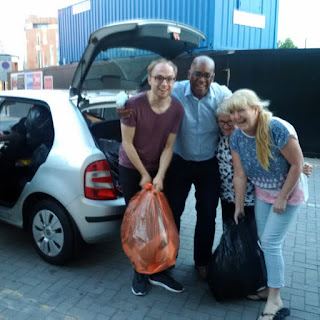 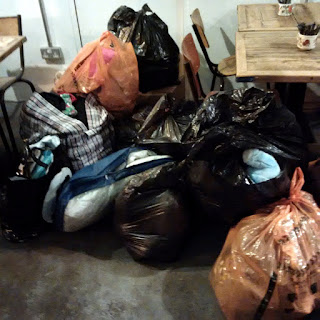 Like everyone I was horrified at the news reports and pictures this morning at the fire and destruction of Grenfall Tower in Kensington.  I have been a housing officer in London for the past 25 years and have managed a number of similar high rise residential blocks, I was deeply shocked.

As a Unison trained Health & Safety representative (and member of IOSH)  I have been assured over the years, many, many times that such a thing could "never happen".

I am also a West Ham ward Councillor (London Borough of Newham) and this evening, I had by coincidence, my monthly surgery in the Tenants and Residents room in a 21 storey high rise and a concerned resident, who lived on the 14th floor, did come and ask me what is being done to reassure her and her family that they were safe. She asked if she needed some sort of ladder in her flat?

I have raised a member's enquiry asking for copies of all fire risk assessments for tower blocks in my ward. I have also offered to arrange joint inspections with residents, council officers and ward councillors of all our high rise blocks.

I also asked what has happened to our Newham Housing residents' scrutiny panel which has not met for a long time? Involving residents meaningfully in the management of their homes is crucial to ensuring their safety.

I did also speak tonight to Councillor Terry Paul, who is our Mayoral Advisor on Housing, who assured me that everything possible will be done to make sure our residents are safe and also keep them informed what is being done.

After the surgery, I went to the West Ham Labour Executive meeting in our HQ in Stratford. This evening (not now) our HQ was a base for local residents to drop off donations for Grenfall Tower Residents.

We had some people dropping off bags of donations.  Kay and her Mum, Mrs Brewer, (see above picture of them with Terry and Party member Karl Lewis) from Canning Town, who turned up with a car load of around 15 bags of donations. They explained that Canning Town had many tower blocks and local residents had been pleased to donate.

I dropped off the donations at Coffee7 in Forest Gate (see bottom picture). What a fantastic and generous community response!

Please check with the various charity organisers before dropping off any more donations at any locations.
Posted by John Gray at Wednesday, June 14, 2017