Some facts and figures about 8 June 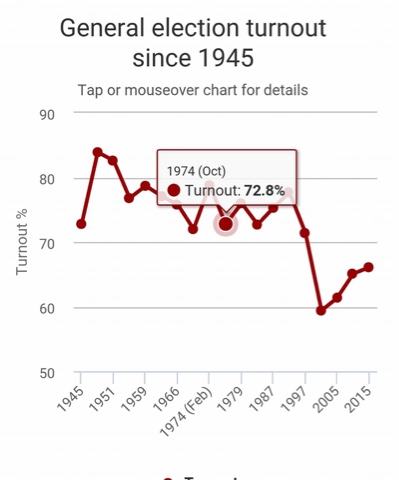 Hat tip to Dave Ratchford for the chart and figures below. Worth reflecting about I think.

Dave calls the result "Not a win.  But pretty much a victory in my book on the way to winning that war".

On the Andrew Marr show this morning it was amazing to see George Osborne sticking the knife into Theresa May calling her a "dead women walking". Jeremy Corbyn was interviewed and looked relaxed and confident (while Theresa May was according to Osborne being  "hidden away").

Tonight, speaking to my Mum on Facetime, she told me how proud she was that so many people had seen through the Tories and being brave to vote for Labour despite all the nasty and horrible media attacks.  If we unite, next time we will win.