"No pasarán'" London will never give in to Fascists. 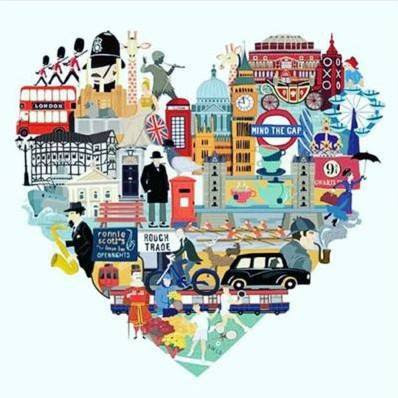 I am not from London originally but have lived and worked here for the past 29 years.

My employer's head office happens to be in London Bridge and I have been going to Borough Market off and on for many years.  The fascist morons who last night murdered 7 innocent people are too thick to realise that Londoners (and Mancunians) will not put up with their rubbish.

We survived 6 years of total war with fascists in 1939-45, which killed and injured hundreds of thousands of Brits and we never gave in. We won't give in now. No pasarán

“We are all shocked and horrified by the brutal attacks in London. My thoughts are with the families and friends of those who have died and the many who have been injured. Today, we will all grieve for their loss.

“I would like to thank the police and emergency services for their bravery and professionalism in acting to save lives and deal with these appalling acts of terrorism, as well as NHS staff and members of the public who sought to protect others.

“The Labour party will be suspending national campaigning until this evening, after consultations with other parties, as a mark of respect for those who have died and suffered injury.

“Those who wish to harm our people, divide our communities and attack our democracy will not succeed. We will stand together to defend our common values of solidarity, humanity and justice, and will not allow terrorists to derail our democratic process.”

Statement from the Mayor Sadiq Khan on London terror attack

"There are no words to describe the grief and anger that our city is feeling this morning.

Tragically, seven people have been killed in this sickening attack, and more than 40 injured, some of them critically.

I am appalled and furious that these twisted and cowardly terrorists deliberately targeted innocent Londoners and visitors to our city who were just enjoying their Saturday night.

I condemn these terrorists in the strongest possible terms. They are barbaric cowards and there is absolutely no justification for their evil and unforgivable actions.

My thoughts are with the family and friends of the victims and everyone caught up in this horrific attack.

I'd like to thank our emergency services who bravely tackled the terrorists and helped the injured. I've been in close contact with the Met Police Commissioner and senior officers throughout the night and will be attending the government's COBRA security meeting.

I'd urge all Londoners to remain calm and vigilant today and over the days ahead. We are all shocked and angry today but this is our city - we will never let these cowards win and we will never be cowed by terrorism."

For updates on the attack in London Bridge visit the Metropolitan Police website.