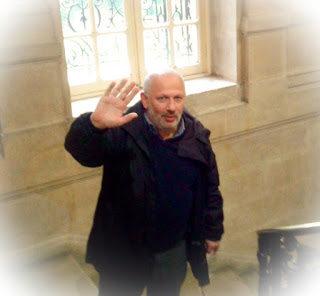 Sad news to hear about the sudden death of Anton Moctonian. He was a former UNISON activist but I knew him as a Trade Union studies tutor.

He was a great tutor not only because he was an experienced trade union steward who knew practice as well as theory but because he was that rare bird in our movement; someone who was thoughtful, pragmatic and genuinely interested in ideas and different views.

“Camden Trades Council deeply regrets the loss of Anton Moctonian, who died suddenly at home of a suspected heart attack on Monday 28 December.

Anton, a long-time Camden resident, had been a militant union activist for virtually the whole of his adult life, having been first a NUPE and then Camden UNISON steward in the Council’s Housing Department, becoming the Assistant Branch Secretary (Blue Collar).

During his time in Camden he earned a reputation as an exceptionally committed and effective representative, doggedly defending many individual members and helping secure victories for whole sections of manual workers.

After leaving Camden UNISON nearly a decade ago Anton undertook studies including employment law at Keele University becoming an energetic and much valued tutor with Unite the union, though he also consistently followed the UNISON branch’s campaigns, not least those for the London Living Wage for catering staff in the borough’s schools and the recent battle with parking enforcement contractor, NSL.

The Trades Council extends its condolences to Anton’s many friends and comrades in Unite and UNISON as well as the wider labour movement, but in particular to his partner of nearly 30 years, Vaughan Thomas, himself a long-standing and widely respected RMT activist.

Details of his funeral/memorial service will be circulated at the earliest opportunity.”
Posted by John Gray at Wednesday, December 30, 2015