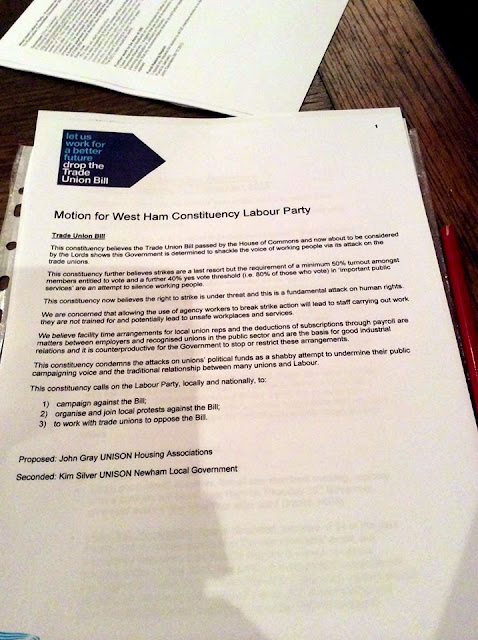 West Ham Labour Party Executive Committee unanimously supported this motion on Wednesday. The Trade Union Bill returns to the House of Lords probably early next year (11 January 2016) and I hope will be sent back to the House of Commons for being an authoritarian, divisive and oppressive measure that will make industrial relations worse not better.
Posted by John Gray at Friday, December 11, 2015