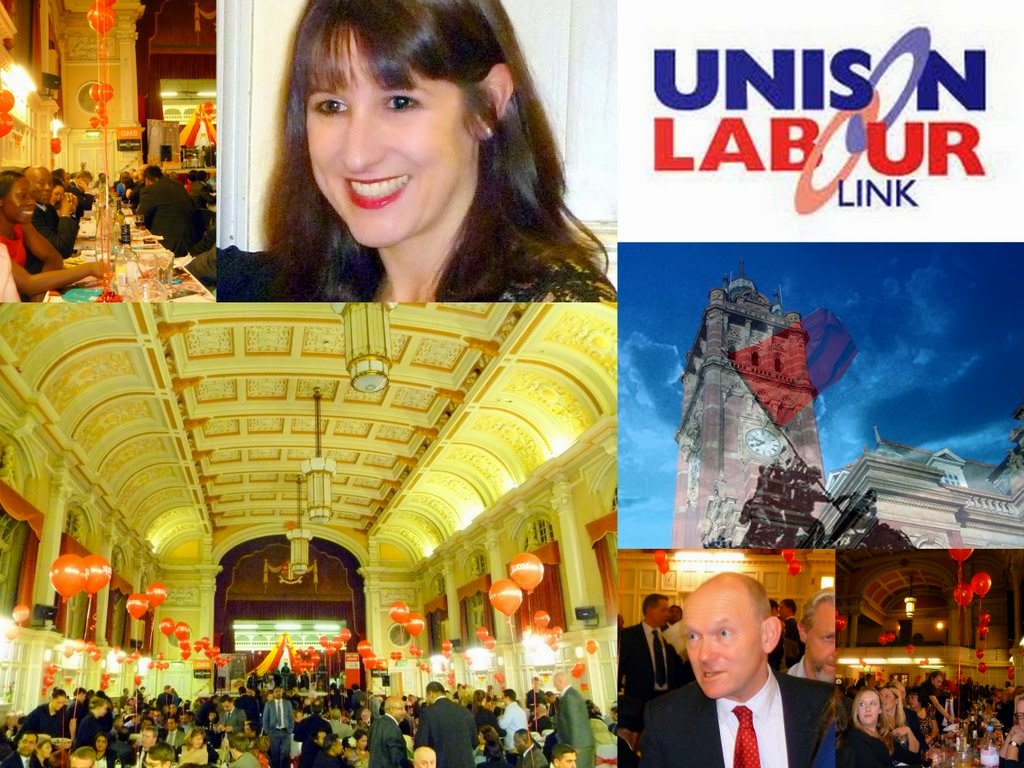 There was around 400 guests mainly from East and West Ham but also from CLP's in Tower Hamlets, Walthamstow, Redbridge, Havering and Barking & Dagenham. There was also support from affiliated trade unions. London UNISON Labour Link helped sponsor the brochure.

It had been organised by the notoriously shy and retiring, Cllr Unmesh Desai. The food was fantastic and there was live music and stage dancing. Followed of course by the traditional Labour Party raffle and auction (by Steve Pound MP). Local MP Stephen Timms spoke, as did the Newham Mayor Sir Robin Wales and Labour GLA leader Len Duvall. East London Assembly member and Labour Tower Hamlets Mayoral candidate John Biggs also did the rounds.

Rachel reminded us that there was only 462 days before the next General Election. This election will be about values. Labour values against Tory values. If we all work together with the trade unions then we will have Ed Miliband as our next Prime Minister and a Labour Government.

Afterwards UNISON and West Ham colleagues met up with GMB comrades from Barking and Dagenham to put our world to rights at the local Spoons (and debate the provenance of local history photographs on the pub walls).

It was a good night. It was suggested that each of the East London Borough Labour Parties ought to organise in turn similar events each year. Good idea.
Posted by John Gray at Saturday, February 01, 2014