Is Miliband following UNISON or Stanley Baldwin over Union funding? 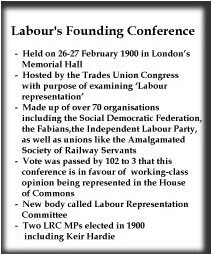 UNISON General Secretary Dave Prentis sent out an email yesterday to the union explaining that our funding of the Labour Party has been on the basis of individual members choosing whether to pay an affiliate fee or not (they can "opt in" or "opt out").  UNISON has also never paid the Party membership fees for new members.

He also questioned whether in the face of the Tory onslaught on working people in this country this is the right time for the Party and the unions to be having such a public row on funding?

When UNISON was formed in 1993 the predecessor unions NUPE and COHSE were affiliated to the Labour Party while NALGO was not. It was agreed that there would be two political funds in UNISON and members can choose to opt into a fund supporting the Labour Party (now called "Labour Link") or a General Political fund not linked to any Party (or they can opt out of any political fund).

This to me has always seemed a pretty sensible and pragmatic compromise for UNISON and I think due to our history - for us it works .

While other trade unions affiliate all or part of their membership to the Party.  I think it is important to remember that this decision to affiliate is taken via the internal democratic processes of that Union. So there is accountability. In the same way that my UNISON branch may vote to affiliate to organisations at our AGM that I did not support but I accept that this affiliation had been democratically decided upon and part of my subs is being used to fund it.  Of course members can simply choose to opt out of paying any political affiliation if they so choose.

The real immediate risk is that if the Party goes ahead and decides to introduce "opting in" only - is that a year or so before a General Election there may be a drastic reduction of union money when we will need every penny we can get to defeat the Tories. We should be doing nothing that gets in that way. UNISONActive reminds us that in 1927 Tory Prime Minister Stanley Baldwin introduced a similar measure which resulted in a 50% drop in affiliation fees for the Labour Party.

The real solution in my view is not about whether trade union members opt "in" or "out" it is about getting ordinary rank and file members actively involved in the Party. To do this there is a shared responsibility. The Party has got to make it attractive for people to attend local Ward and CLP meetings. This is not only just about making them less boring and more inclusive (please) but giving them more power and a greater say in the Party.

The Unions have also got to raise their game and realise that they cannot exercise influence in the Party by simply waving cheques. This just doesn't work - the only way to make the Party more accountable to the needs and wishes of ordinary working people is to encourage and support our members to join and become active.

The only alternative to the Labour Party in this country is the Tories. The Labour Movement family need to get their act together and remember first and foremost our enemy is the Tories and not the unions and not even Progress.  We must get as many members actively involved and raise as much money as possible in order to defeat them in 2015. Everything else comes a very poor second to this.
Posted by John Gray at Thursday, July 11, 2013

More people might be willing to join a work union, if it meant it was not involved in politics. Unions are old fashioned.

I think he's following UNISON, rather than Baldwin, but others might need a while to think it through.

There is a persistent problem of people conflating the individual member's political fund contributions and the Union's affiliation to the Labour Party. Some of these people should know much better.

I've put a link to your item on a couple of (rather different) blogs.

Look, the rich and big business fund the Tories to feather their own interests. Why shouldn't ordinary working people level the playing field?

They do know better but choose not to!