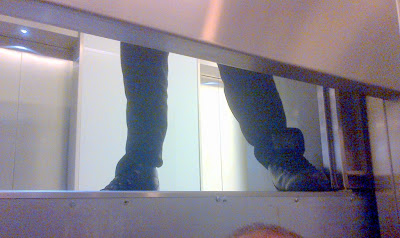 In June I was re-elected unopposed as the Community General Seat representative on Unison National Executive Committee (NEC). Isobel (Izzy) McVicar the other Community NEC member was replaced by Janet Byran.

Izzy was the first ever female NEC Community member and had done a fantastic job on the NEC for our members and the union. I have no doubt that she will soon be back soon in a national position.

The first meeting of the 2013-2015 NEC was immediately after the end of our National Delegate Conference in Liverpool. This meeting was to elect our lay President and vice Presidents for the following year. I was really pleased that Maureen Le Marinel has been elected president of UNISON for the next 12 months. Maureen is branch secretary of the Lancashire police branch and is the union's first openly gay president.

Lucia McKeever, a nursing assistant is the new senior vice-president. Lucia is the first woman from Northern Ireland to hold this position. Maureen and Lucia are joined by North Yorkshire County Council branch secretary Wendy Nichols, as junior vice-president - making this the union's first ever all woman presidential team.

The first business meeting of the NEC was on July 3rd at the UNISON Centre building (our national headquarters) in Euston Road, London. At this meeting our general secretary Dave Prentis told us that mobilising for the NHS Rally on 29 September at the Conservative Party Conference in Manchester - must be a priority for the union. It is also an event to defend the welfare state and public services. Which are key issues for Community members, both as workers and citizens.

Pay and the casualisation (such as Bank staff or zero hours contracts) of the workforce are the other campaigning issues for the whole union. Community Care and Support members have suffered from direct cuts in their wages while most of us have had “hidden” pay cuts due to years of below inflation pay awards (if any). Many of our members are also still on poverty minimum wage rates.

The NEC has a number of sub-committees. I had been re-appointed by the lay Presidential team to be a member of Policy and Development sub-committee, an employer trustee on the £600 million UNISON staff pension fund and as a delegate to the TUC Congress. There is a great UNISON motion going to Congress on Fair Pay (not a minimum wage, not a “living” wage but fair wages including terms and conditions such as sickness benefits and pensions) which I will report further about soon. I was re-elected by NEC Link levy payers to the National Labour Link Committee.

Next was a series of elections by NEC members of Committee Chairs and vice chairs. During which I spent an hour stuck in a lift with 12 other NEC members. Which was not a particularly pleasant experience but as a Housing management officer gives me more empathy with my residents when they complain about lift breakdowns! (see picture above from inside trapped lift)

I am planning to make regular reports to Community members on NEC and sub-committees I sit on. The next NEC meeting will be in October. Please circulate this report to any Community members in your branch and let me know of any issues or campaigns that I should be aware of or can offer assistance.