Trots throw toys out of pram over pay consultation 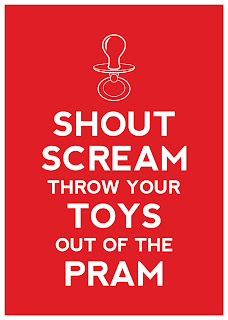 UNISON is beginning a consultation process of its members subject to local government pay and conditions on the employers final offer of 1%. This is following a meeting of UNISON elected lay NJC representatives on Monday.

It’s not at all surprising that the middle class, self proclaimed revolutionary hero of Skidrow-on-Sea, has attacked those he doesn’t agree with as being in some way weasel worded.. timid...feeble...pathetic, inadequate failures (as well as being secret Tories).

The fact that he publically discloses the voting record of a private and confidential internal union meeting on our negotiating stance regarding this final pay offer from employers is probably far more significant.

The ultra left in UNISON not only think they are right and everybody else is wrong on everything but they can say and do anything they want regardless of the interests of our union or our members.

Amazing isn’t it that these people actually think that they can “unite the left” around them?

Now, I doubt that many people in that meeting are that bothered about the childish name calling nor am I criticising anyone at the actual NJC meeting. Since it was actually one of the better meetings I have ever attended, since it was a honest, largely fraternal and constructive debate between lay representatives, who agreed that we were all in a rotten situation but did not all agree on the best way forward. These things happen from time to time and this is what union democracy is suppose to be all about. I respect the reasoned arguments and opinions of those who on this occasion I did not agree with.

What really bothers me is the contempt that the Ultra left extremists outside that meeting since have shown for the Union and ordinary rank and file union members. Demanding that the union preempts the consultation by recommending rejection and strike action. They clearly consider members to be sheep, incapable of any free or rational thought, who must be told what to do and think by the “Great Leaders”. Workers are too thick to know what is good for them so they need to be led by the nose into yet another “glorious defeat”.

Since such an attitude is so essentially divisive and self defeating then you are forced to conclude that the Ultra left could not give a toss about tackling low pay but are throwing their toys out of the pram because they see yet another opportunity for strike chasing and revolution going out of the window.

There is actually a real opportunity for the union to fight back and organise around pay cuts by using it to build density in the workplace to increase our real bargaining power. We also need to talk with and not talk down, to our members about politics and economics. We need to persuade them without lecturing or sloganising, that there is a viable alternative economic policy to austerity.

If we achieve this then we can deliver successful strike action on pay. This will not happen overnight nor will it happen at all if we treat our members as mere cannon fodder.  Or if we try and force them into taking action that they may not believe in at this stage just to satisfy the warped beliefs of a tiny, tiny minority.

There are many members who are not activists but are incredible loyal to the union and if the union recommends action they will support it instinctively almost without question. They do so not just out of collective solidarity but because they trust the union to only promise something it can actually deliver. If we play games with that trust then the next time we ask them for support on something we can deliver on then the answer is going to be NO.
Posted by John Gray at Friday, May 10, 2013