We don't do politics in this house... 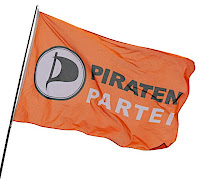 I remember last year canvassing for the Labour Party and being told by one person when I knocked at their door "we don't do politics in this house".  Even though she had young children playing in her garden. I'm afraid I made a rather flippant response "that's OK its not compulsory" to which she made no response but was unlikely to have made her change her mind about the importance of "politics".

Last night I spoke to an old friend who had recently been rushed into hospital following a suspected heart attack. He spent 2 days at the hospital before being discharged and whilst he praised the clinical care and support he received from staff, he was in a mixed sex ward which made him feel very uncomfortable. Also some patients in the ward were suffering from dementia and kept him awake for the entire stay because they were constantly calling out for help and crying.

To me, having a health service that is inadequately resourced is "political". Elected governments can choose how much they spend on health services, what outcomes they want and how they pay for it.

How do we get this message over to those who don't "get" this is politics?

Picture is the flag of German Pirate Party (I suppose that I could have used UKIP flag).
Posted by John Gray at Sunday, May 12, 2013