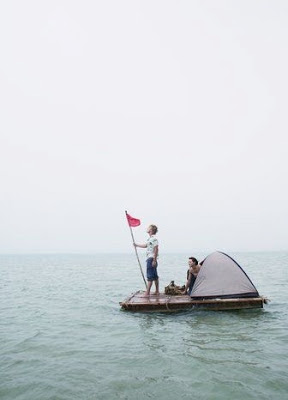 (Guest post by Denver Walker) "As the Government of millionaires attacks on one front after another, the political ultra left is bereft of direction.

The catalogue of brutality unleashed by the side currently winning the class war would have been unimaginable even three years ago.

Yet never forget that the ultra left did their best to let the Tories win. Hundreds of thousands of jobs have gone over the same period as real wages have continued to fall in an unprecedented way. The tide of privatisation rising across the public sector has begun irreversibly to engulf the health service and now laps at the feet of postal workers.

The demonisation of claimants is gradually capturing the popular imagination as benefit cuts force us back to the nineteenth century. Legal aid cuts and employment tribunal fees (coupled with changes to rules on remission), together with other changes to employment law further hobble workers individually and collectively. Even the seemingly solid social gains of a generation of progress towards equality are fragile in this most reactionary century.

The defence of the public sector equality duty will be of totemic importance. So where is the opposition? The (capital "O") Opposition is Labour who can still mobilise meaningful opposition to "Tory cuts" (as in the London Fire Service) but is hamstrung by the ultra left's meaningless sloganising and selfish distructive gesture politics. In large part the absence of our Labour Party where we so badly need it is a function of a generation of ultra left grandstanding and stupidity on the part of extremists in the trade union leadership.

The strategic error of supporting Trotsky entryists and not the centre left in Labour in the 1990s has had cumulative, calamitous political consequences for the trade union movement which are still playing themselves out. Since the General Election the unions have mobilised around real and winnable issues such as pensions and have achieved incrediblely successful results.

The largest strike since the General Strike secured real meaningful concessions on public service pensions. Laughable attempts by extremists who want members to die in poverty to satisfy their perverse views undermine the morale and motivation of our activists. Pragmatic General Secretaries are staring into the horror and know what they can do as opposed to meaningless and futile oppositionalism.

Out on the further reaches of the left there is no direction or purpose. Those who hoped the Green Party was a new road to a new Jerusalem can pick their way through the litter strewn streets of Brighton as they contemplate their error. The largest far left political party has imploded, and those clinging to its wreckage simply haven't noticed yet that it is over (though it may not be dead for years - some people still sell the "Newsline").

The latest electoral project of the far left has broken all records for tragic irrelevance. Socialists might as well practice "entryism" in the Monster Raving Loony Party as continue to place hope in TUSC. Such is the lack of hope in ultra leftism that an excellent film maker has managed to lever his deserved reputation to promote the "Left Unity" project (which falls somewhere between Sir Richard Acland's Common Wealth Party and the political equivalent of vanity publishing).

There is no alternative to the Labour Party - and no matter how many lamps the middle class ultra left rub no such alternative appears. The political problem confronting the working class in this country, as throughout Europe, over the last generation is the political inadequacy of the wreckers and splitters in our trade unions, not the political label of the politicians we can vote for. They provoke and encourage infighting and allow the right wing to make us appear irrelevant. Unable to make a difference in the wider world, comrades retreat into squabbles they believe they can win even if no one else has a clue what on earth they are going on about.

Internecine strife between and within groups on the left will continue to get worse as long as we fail to change the script of this tale and tell them either to get on the bus or go forth and multiple. So what do we do? We don't just say sloganise. Wherever you are, working or unemployed, you can organise collectively to resist the ruling class offensive as best you can. We have suffered many defeats and will suffer more if the ultra left have their wrecking ways.

Lives are being ruined - and ended - and we, who should lead the resistance, are continuing to fail since we put up with those who want to destroy us and our unity for their selfish ludicrous politics So we must rethink, regroup and redouble our efforts. Due to the wreckers, some may be rudderless in a storm but that is no excuse for failing to keep the boat afloat. Our trade union movement, the oldest in the world, remains the largest voluntary organisation in UK civil society by a country mile. We are not weak. We are not powerless. We need not be ineffective.

We have just got to sort out the ridiculous sects and the fantasists who divide us.
Posted by John Gray at Sunday, May 19, 2013

This is the kind of sectarian bile that is poisoning, not purifying, the left. Who do you think will benefit - a few right wing journos, website fashionistas, people with a mortgage and a career??

It would appear that, for this author, the Bedroom Tax, NHS disintegration, respectable racism etc etc etc are all sideshows, compared to the need to launch a clichéd rant against those who disagree with him on the left. Sorry - heard it all before - ad nauseum - from every self righteous liberal lefty with a blog. It is so fashionable to attack the organised left these days what!

Try defending the record of the Labour Party in local government etc. in a positive way, rather than negative muck spreading against the SWP etc. Or is that too difficult for you?

The trots can dish it out but don't like it back do they Denver?

I think that Denver pulled his punches. Nothing about sell out democratic centralism or their violence and intimadation

Describing themselves as the 'organised left'. What a joke: a disparate bunch of introspective, self-satisfied nerds, who apparently have a problem with anyone with a mortgage.