Why not a one off wealth tax to save the world? 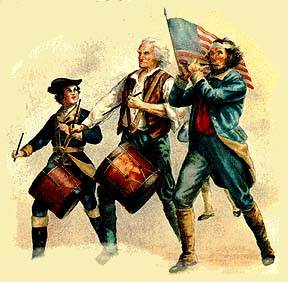 I am less sympathetic to those with £100k plus in savings but the tax will include British troops and those with retirement nest eggs. There is also the risk of a widespread run on the banks but thinking about it, could this be the solution to austerity?

I am reminded of this post I did last year (see link here) here about a report by the Boston Consultancy Group (BCG).  The report recommended an international wealth tax to wipe the debt slate clean and end the recession.

Now the BCG are hardly bleeding heart liberals. Their plausible argument is that we have written off debt in this way before and a tax is actually in the interest of the wealthy.  Since instead of years or even decades of austerity, if this was to work and the world economy would grow then their assets would soon rise by more than they would have lost.

A one off tax would also be much better to wealthy savers who are currently earning interests rates below inflation, so it would make sense for them to have a one off hit than lose more in real terms.

This could be progressive solution and even poetic justice since many of the wealthy made money from the debt bubble. Yet taking savings from the poor and vulnerable as they are in Cyprus is just wrong. This should be a tax on wealth (and not just bank account savings).

.By coincidence this came up at a recent pension meeting I attended where in a discussion about what we can do about the recession, I asked our advisers if they had heard of the report? (They hadn't) and this morning it is one of my top 10 of "Most Poplar" posts!
Posted by John Gray at Sunday, March 17, 2013

The problem with you socialists - you Take Take Take.

This is nothing short state robbery.

Taking peoples saving only harms those who saved throughout their lives.

If you have two people and one of them chooses to save and live their life frugally and other has spend his/her money on fast cars, luxury holidays, fashion... how can that be fair? You can't take 10% of someone's holiday?

What about people who made their money a long time ago? e.g ice skaters torvil and dean etc...

If you called the Boston Consulting Group “Socialists” then they would become most upset with you! If you actually read their report you would see that they are not recommending a wealth tax out of any concern over redistribution or social justice but in order to serve the interests of the wealthy.

Their argument is that if the rich take a one off tax (“haircut”) which would pay off debt and take the world out of recession then in the long term their assets will do better than they would under years of austerity.

Makes sense actually but most of the wealthy are probably too greedy and selfish to know what is good for them.