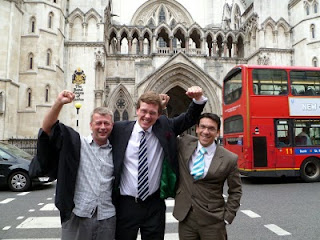 I've signed this petition from the Libel reform campaign to my MP asking her to save the current Bill which has nearly passed through Parliament. However it has been hijacked by "unhelpful" amendments in the House of Lords.

While I would personally support these amendments, they are not relevant to libel law and appear likely to scupper the entire Bill.

By coincidence last Saturday was the 2nd anniversary of the throwing out by the Royal Court of Justice of a certain stupid, wasteful and completely pointless Libel case. If the new Bill was passed into law it would help prevent similar nonsense in the future.
Posted by John Gray at Saturday, March 09, 2013