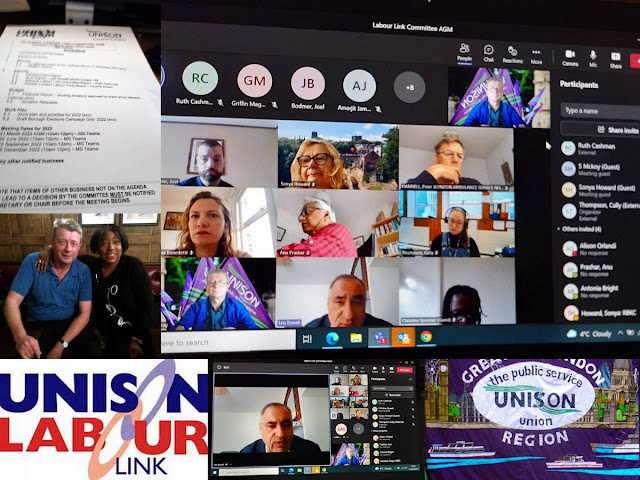 I was really pleased to have been re-elected unopposed yesterday as the Chair of Greater London  UNISON Labour Link for the next two years. My good comrade, Yvonne Green, was also elected as Vice Chair. There were many new faces on the committee which is  really good news for the future of Labour Link in London..

We had a detailed report then Q&A by London Assembly member, Len Duvall, excellent to see him back in action after some health problems). There was some great questions on London issues such as TFL, Planning and the Metropolitan Police.

In our current workplan we have some great ideas to  push the UNISON agenda within the Labour Party. I also want us to have meaningful plans to recruit more Labour Link constituency delegates in each branch, more Labour Link branch officers and far more UNISON Councillors, Assembly members and MPs