Campaigning for Labour in Maryland, E15 (and my first family Iftar) 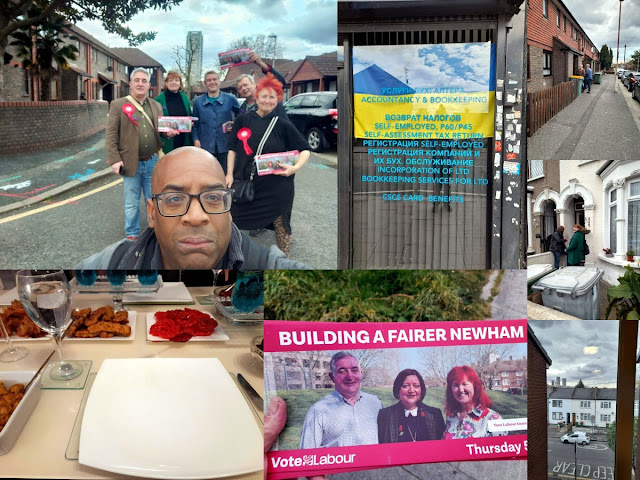 Yesterday evening I joined activists and candidates for the new Maryland ward. We were on the boundary of Newham and Waltham Forest and many roads and estates were split between the two which made for a little bit of confusion about which bit was ours and which the other borough. Building an estate across two different planning authorities must have caused some issues.

This was positive territory for Labour and we got a great response. While social media and all the new forms of engagement with residents is really important, I am a firm believer that voters like candidates knocking on their doors and asking for their support. Now, to be frank some hide this "likeness" really well, but I understand that there is plenty of research that shows voters are more likely to vote for someone who has knocked on their door than not.

While I have known and campaigned with Maryland Candidate, Ken Penton for donkey years, this was the first time I had been canvassing with the 2nd Maryland candidate, Carolyn Corben, and I loved the way she dealt with a resident who had been previously identified as "Against" Labour, He came to the front door quite suspicious and hostile but she was able to calm and reassure him and turn him and his son into Labour voters. Great stuff!

I had to leave early to share a Iftar meal with a colleague and his family in his home. I felt honoured and really enjoyed the meal, the conversation and the hospitality that he and his family showed. It was a wonderful experience.