In-UNISON: On International Women's Day - a former UNISON President gives her view on the current "President" 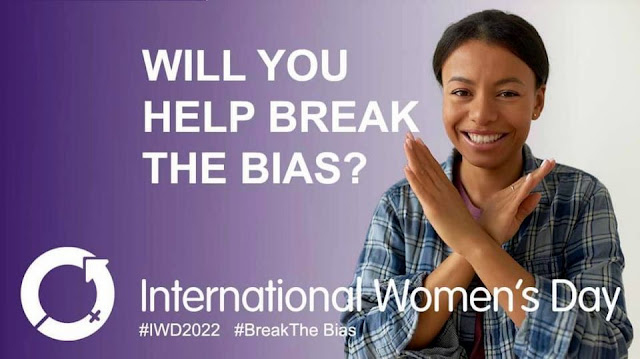 "On such a special day, it is always great to hear news that will make a difference to women in our union both members and staff. Many of you are following the events around the UNISON President and the faction Time for Real Change (TFRC) who are quick to put out news when it is in their or the Presidents favour.

Recently they made noise that UNISON was backing an application for ‘Interim Relief’ following the dismissal of the President by his employer for what we now know from those women and men involved was bullying and victimisation. The ‘Interim Relief’ application was on the grounds of Trade Union Victimisation because that's what the President and TFRC say is the reason for the dismissal!
Don't get me wrong if anyone is dismissed or being treated differently for performing their legitimate Trade Union duties then I would be there standing with them, but it is clear to me and many others that there is more going on in this case and ‘hiding’ behind an allegation of Trade Union Victimisation undervalues and demeans real cases and makes it harder for those who do face this treatment harder to take and be believed.
So yesterday at an online open to the public (if you had registered) Interim Relief Order Hearing, Solicitors acting on behalf of UNISON and representing the President and Solicitors acting on behalf of Kirklees Council put their cases to a Judge. The Judge would determine if when the case went to a full tribunal hearing there would be a significant possibility that the President and his solicitors could win a case for Trade Union Victimisation and if so one of the outcomes from yesterday would have been that Kirklees Council would have had to reinstate the President and his salary from the date of his dismissal in early February 2022.
Following both sides putting their case, the Judge REJECTED the claim for ‘Interim Relief’. Whilst this Judge did not give the Interim Relief Order, and many could see that as a clear indication that a case for Trade Union Victimisation could not be taken or won, the President still has the right to take a case to a full Employment Tribunal based on Unfair Dismissal (which has been widely reported in the media that it is what the next step will be) for Trade Union Victimisation.
The result yesterday must give those women and activists involved in this awful case within our union some strength that they did the right thing in taking their cases up with the employer and their union. That there are 1000’s in our union who believe them, stand with them and support them.
I love my union and the work that it does for women, but we need to be clear that sometimes we get it wrong for all the right reasons. Our union now needs to put an end to its internal process and follow the rule book in respect of a Rule I process, I can see no reason to delay now that the employers process is complete, they are and always have been separate processes.
I call on the UNISON NEC, of which I am a member, on this International Women's Day to act immediately and address these allegations by a Senior Lay activist in our union against the women of our union.
#BreakTheBias #IWD2022
Posted by John Gray at Wednesday, March 09, 2022