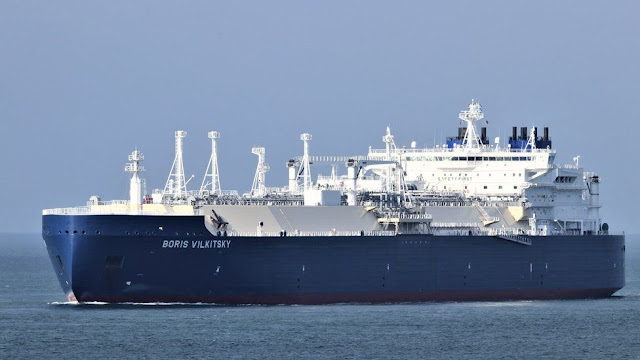 Fantastic solidarity with the people of Ukraine against Putin the murderer by UNISON members. Check out this BBC report:-

"Dockers in Kent have refused to unload two tankers of Russian gas, forcing them to go elsewhere, a union has said.

The Boris Vilkitsky and Fedor Litke have been diverted from the Isle of Grain, the largest terminal in Europe for importing liquefied natural gas.

Unison head of energy Matt Lay said staff were "determined to support the Ukrainian people and uphold the sanctions imposed against Russia".

However, there are concerns over a loophole in the current sanctions.

UK Transport Secretary Grant Shapps announced on Tuesday that the UK had become the first country to pass a law banning ships with "any Russian connection" from entering its ports.

Mr Lay said: "Sadly, this doesn't seem to be the case."

"The Department for Transport rules only appear to cover the ownership and operators of vessels, not the cargo."

The two tankers contain enough liquid gas to supply the UK for up to 12 days.

The ships are sailing under the flag of Cyprus. Many ship owners opt to use a flag of another country for taxation or regulatory reasons.

Mr Lay added: "The government must act immediately to stop Russian goods continuing to arrive in the UK under the cover of another country."

A National Grid Spokesperson said: "In line with government policy, we do not expect any Russian-linked ships to dock at Grain."
Check out also the UNISON press release from Wednesday. So proud of my union over their stance.

"Russian tankers heading for Kent must be stopped, says UNISON"