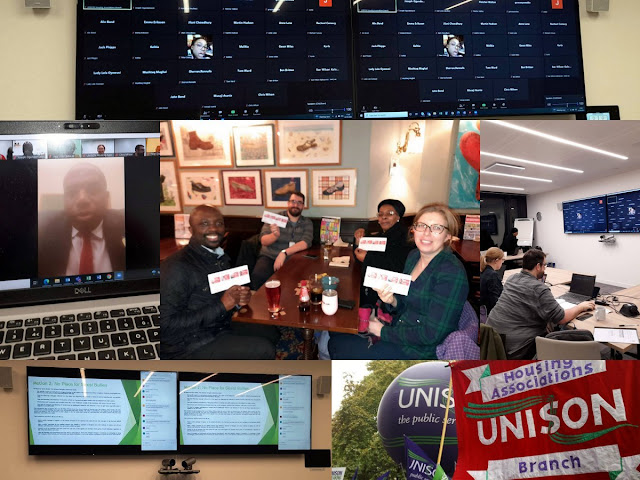 This evening was our branch AGM held in central London. It was a hybrid, in person and zoom quorate meeting.  I was pleased to have been re-elected (unopposed) as the branch Labour Link officer.

Our excellent guest speaker was David Lammy MP,  Shadow Secretary of State for Foreign, Commonwealth and Development Affairs (who has been a consistent supporter of UNISON). As you would expect David slammed the Russians over their invasion in Ukraine.

We passed motions calling for a review of pension provision in our sector (proposed by me)  and "No to Sexist Bulling" which recent events shows it is a real problem in our union.

Afterwards, a few of us who attended the in person meeting when for a celebration beer (or three) and in centre picture is our new branch Chair, Joseph (centre photo on left) who is also standing in May as a Labour Councillor candidate in Hackney.