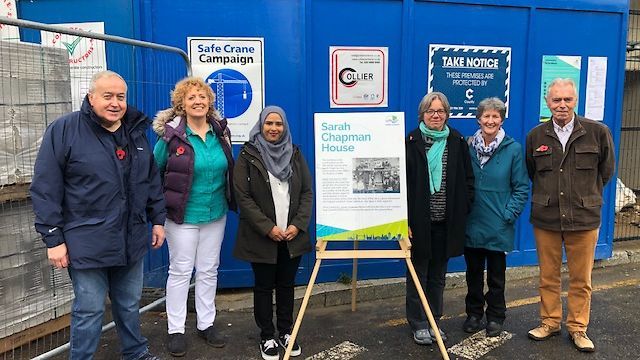 A housing development being built in Bow has been named in honour of one of the leaders of the Matchgirls Strike.

Nine council homes and a community facility are to be named Sarah Chapman House.

Sarah, who lived in the East End all her life, worked at the Bryant and May factory as a teenager and played a key role in the 1888 strike action over working conditions.

Around 1,400 girls and women marched out of the factory on July 5, according to the East End Women's Museum.

Sarah became a member of the strike committee, which met with Bryant and May directors and whose demands were agreed to.

She then became the first Trade Union Congress (TUC) representative of the Match Makers' Union.

Her name was put forward for the Bow West project by resident Colum McGinley.

Colum joined members of Sarah's family to reveal the name of the development, which will be complete next May.

Sarah's grandson Ken Dearman said he was thrilled there would be a "fitting memorial" to his grandmother.

Her great granddaughter Carol Watts added: “How pleased we are, as a family, that Sarah is being honoured for her contributions to the Matchgirls Strike with the naming of this new community facility and affordable housing."

The development will provide five three-bedroom, three two-bed and one one-bed council homes, as well as the community facility on the ground floor and cycle storage.

Work began last March after planning permission was granted in 2019.

Tower Hamlets mayor John Biggs said: “It’s fitting that we are naming these new council homes after Sarah Chapman to allow her name to live on.

"The Matchgirls Strike of 1888 was a poignant movement of strike action within Tower Hamlets and its important stories like this can be continued to be told.

“The delivery of these new council homes and community facility will benefit local residents in Bow West which I’m sure Sarah would be delighted about today.”

Cllr Danny Hassell, cabinet member for housing, added: “The story of Sarah Chapman will never be forgotten within this area of Tower Hamlets.

"The naming of this development acts as a reminder to the historic legacy she has left." 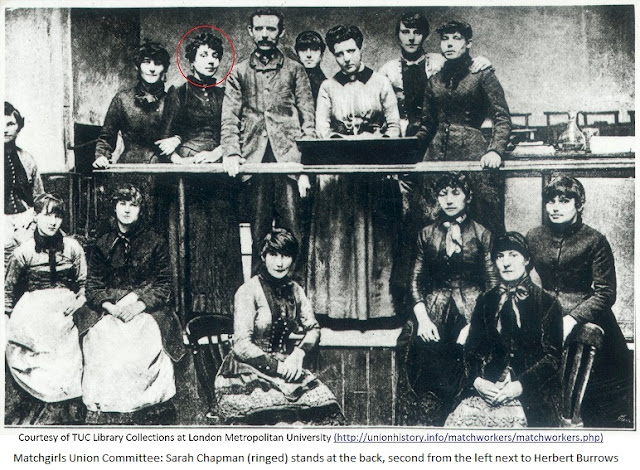