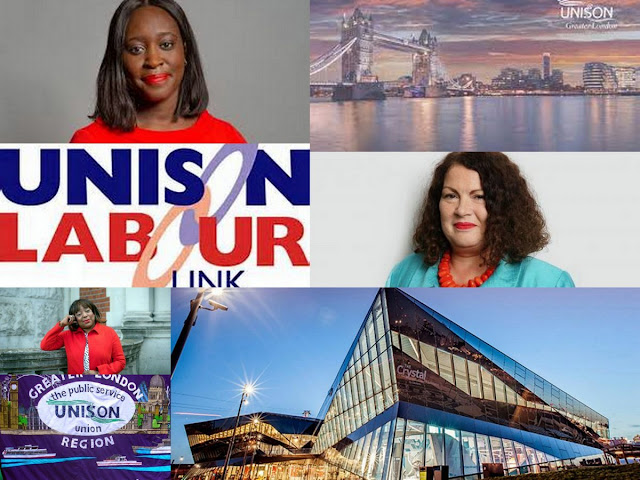 Today I chaired our virtual Greater London UNISON Labour Link Committee (which represents UNISON members who have chosen to affiliate to the Labour Party in London).

AS well as discussing budgets, work plans and campaigning for next years Council elections (all London seats are up election in May 2022) we had verbal reports from London Assembly Member, Leonie Cooper, a Parliamentary report from Abena Oppong-Asare MP and a report on Labour Party Conference by our senior delegate (and vice chair of this committee) Yvonne Green.

Leonie gave a frank and far ranging presentation on the many issues facing the London Assembly. In particular the funding crisis facing Transport for London (TFL) which can be directly linked not only to Covid but the actions of the previous Mayor, a certain Boris Johnson. Some sort of deal needs to be reached since it would be a disaster if the Government decided to take over TFL. A compromise needs to be hammered out.

There was a wide ranging Q&A. I welcomed Leonie on the move of GLA City Hall from London Bridge into the Peoples Republic of Newham (they are taking over the Crystal building in our Royal Docks.

Abena gave another comprehensive report on her work in Parliament and as a dedicated constituency MP. She is also now the Shadow Exchequer Secretary to the Treasury.

In the Q&A I asked her and her Parliamentary colleagues for support in the forthcoming pay disputes in local government, health and others sectors (including my own). Abena made it clear she is already known as an active campaigner for working people and their issues but obviously would have to understand all the arguments beforehand on all the different issues.

Yvonne gave a detailed and pretty positive report on the September Labour Party Conference in Brighton. It now seems like a million years ago since that conference. I will ask her if I can post her full report later.