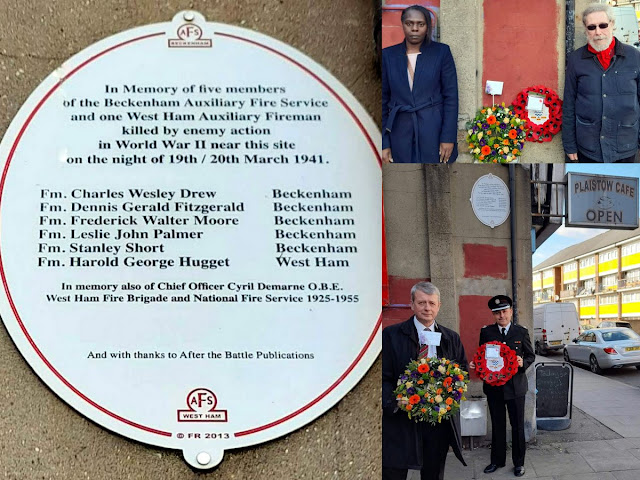 This afternoon I met Newham Fire Brigade Commander, Terry Gooding, at the plaque outside 163 Plaistow Road, West Ham Ward, Newham, London, E15 3ET to remember the 6 firefighters who were killed near this spot by enemy bombing 80 years ago.

5 of the 6 firefighters had come to help save London from Beckenham in Kent. By coincidence, in Commander Gooding's previous posting, Beckenham had been one of the fire stations he was responsible for.

It is difficult for us to imagine the sheer awfulness of that night. Firefighting is difficult and dangerous at the best of times but the heroism of these men to tackle fires and try to save lives in the midst of a mass air attack is incredible.

We must never forget and in future years (post covid) I hope we can involve the local community more in remembering and honouring the fallen.
Posted by John Gray at Friday, March 19, 2021