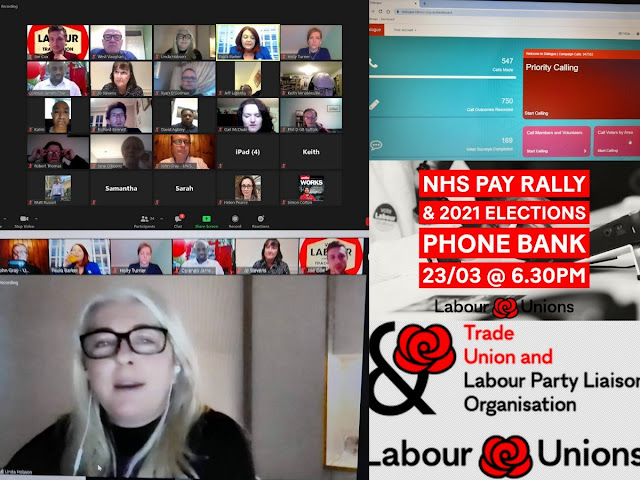 This evening there was a really positive Labour Unions NHS Fair Pay rally with speakers Paula Barker MP, Chair; Cllr Linda Hobson, Unison Rep & Nurse; Colenzo Jarrett-Thorpe, Unite National Officer for Health; Holly Turner, GMB Rep & Nurse and Jo Stevens MP.
Totally agree with my UNISON comrade, NHS nurse & fellow Councillor @LindaAHobson
"NHS staff are wheeled out by the Govt for photo opps but when it comes to pay we're just insulted.
That's why we have to hit the phones and win votes for Labour on May 6"

I made 31 calls, had 47 call outcomes (whatever that means) and 10 voter surveys completed.

Many thanks to Joe Cox from Labour Unions and Gail McDude from the Labour Party for organising this rally and phone bank.