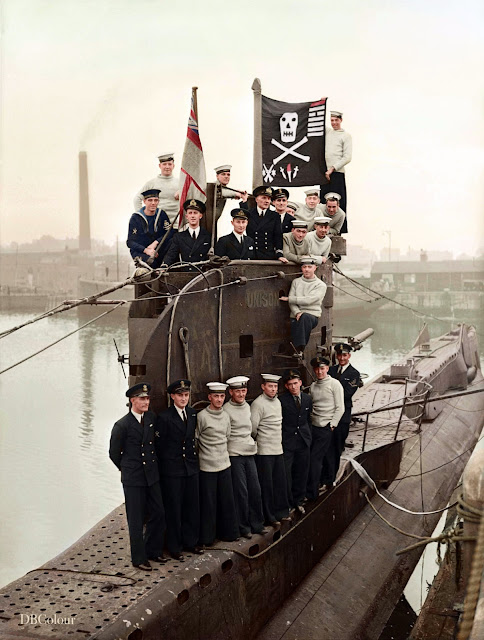 The 1.3 million members of the British trade union UNISON (the largest union in the UK) will probably not be aware that there was a British second world war submarine also called UNISON.

The crew of HM Submarine 'UNISON' display their 'Jolly Roger' at Devonport, Plymouth, UK, having returned from a successful 16 months in the Mediterranean.

This submarine took passage to UK from Malta for a refit on 9 September 1943 and after sailing from Gibraltar carried out a patrol west of Cadiz before arriving at Devonport on 28th to Pay-off. Refit work was completed in February 1944 and she recommissioned for trials and training duties in the 6th Submarine Flotilla based at Blyth. These duties terminated in May after she had been selected for transfer to the Soviet Fleet and she prepared for her new service at Rosyth.